In the world of historical preservation a developer is often seen as an adversary; the villain with the pencil thin mustache who wants to take the family farm. Old houses cringe and try to blend in when a developer drives down the road and preservationists steel themselves for the long battle they know could be on the horizon. Developers have gained a reputation of only being concerned with lining their pockets and acting with a total disregard for the parts of history that may be lost along the way. 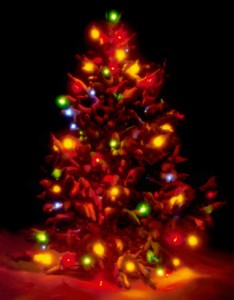 In my area preservationists fought large court battles that lasted for years in an effort to limit development around the Manassas and Wilderness Civil War Battlefields and similar preservation efforts take place on a smaller scale in towns and counties around the country on a regular basis. I wrote earlier that the downturn in the economy might be causing developers to be a little more cautious and this behavior might be sparing some old houses on desirable properties, but I’m no longer so sure that’s the case.

They might be holding off on their construction plans for the time being, but many are taking advantage of lower land values and homeowner distress to purchase properties at bargain basement prices. Development may be on hold in some areas, but in many cases the demolition of the old houses on the properties has simply been delayed.

Every once in a while a developer comes to their senses much like Ebenezer Scrooge in “A Christmas Carol.” I doubt the executives at Walmart’s corporate headquarters were visited by any ghosts, but they not only spared three historical old houses in Forsyth, Georgia; they contributed $50,000 to renovating them. The three houses range from 96 to 135 years old and are situated in a buffer zone between a new Walmart and the residential neighborhood that adjoins it. 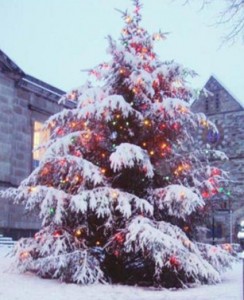 The corporation planned to tear the homes down and create a green area in the buffer zone, but a group of Forsyth old house lovers banded together to form Save Historic Forsyth in an effort to save the homes. Unfortunately they were unable to get the backing of Forsyth’s City Council, but they weren’t deterred and one of the preservationists drove to Walmart’s corporate headquarters in Arkansas to confront the company’s executives. She was able to meet with a vice-president in charge of real estate and after visiting Forsyth to view the homes, he agreed they deserved to be saved.

It’s a great story and shows what can happen when preservationists band together; no corporation is too large to take on and not all developers are just about the money. I doubt this generous gesture is going to break Walmart and a little bit of good publicity around the holidays never hurts.