Home / Old House Blog / Moss appeal: Amazing things you won't believe you can do with moss

Moss appeal: Amazing things you won't believe you can do with moss 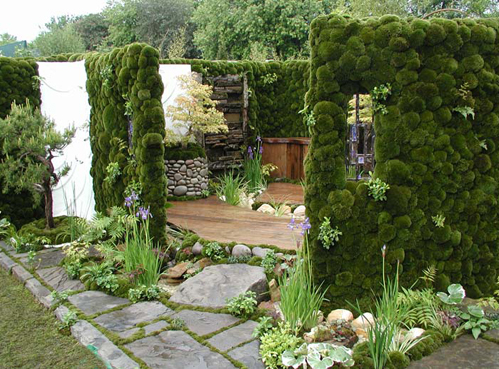 Moss is one of the most magical living things on earth. It's a verdant carpet that begs to be touched with bare feet. It's a pillowy cushion of Muppet fur capable of creating enchanting landscapes recalling the fairest of fairy tales. It's greener than grass, needs no mowing and loves the shaded areas where grass just can't grow. On a recent trip to Italy I found myself collecting photos of moss on stones, moss between bricks, moss on roofs, moss on walls, moss on trees - each in a unique variant of verde.

Moss is officially hip, happening, here and not just for Hobbits anymore.

You won't believe the things people are doing with moss. The folks over at Moss Acres are selling kits to get you started on your leprechaun landscape. They even sell a moss milkshake. The internet has helped spawn a growing cohort of moss graffiti artists. Check out this video on how to make your own moss graffiti paste to create your own guerrilla garden. But there is little evidence that painting moss will actually grow into green graffiti. Anna Garforth is a British artist who has been using live moss to create gorgeous green murals.

Here are a few amazing ways you can use moss in your yard:

Use it on paths 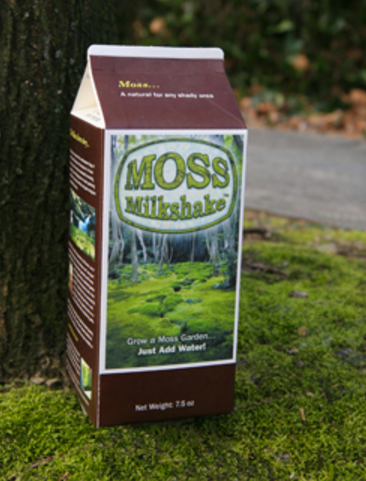 Moss can be used in shady areas between stones, bricks, or pavers to create stress reducing walkways. 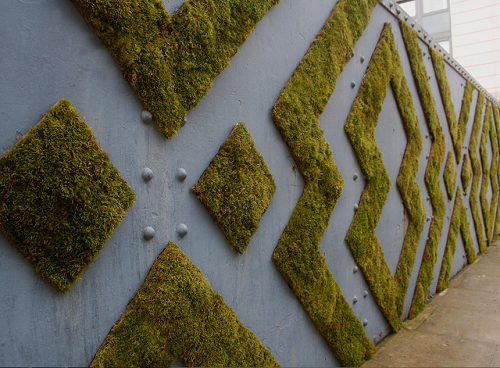 Moss can be cut and pasted on walls in whimsical shapes or letters. These are generally temporary works of art. But, if the green wall art is created in a shady area and kept moist the graffiti can last as long as you maintain it.

Accent around the base of trees

Rather than placing mulch around trees, try laying or growing a carpet of moss around the tree. Again, the tree must provide plenty of shade and the area should be kept moist. Done well it can create a lush, soothing, and revitalizing patch of paradise. 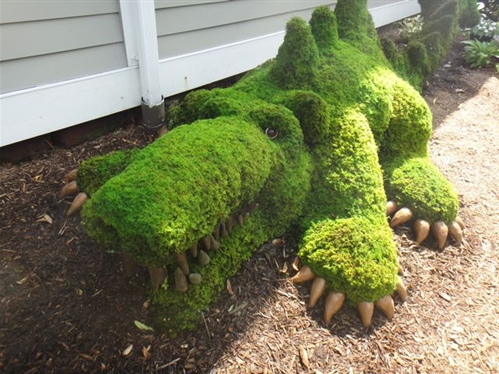 A moss alligator? Why not!? The possibilities for moss topiaries are limited only by your imagination. 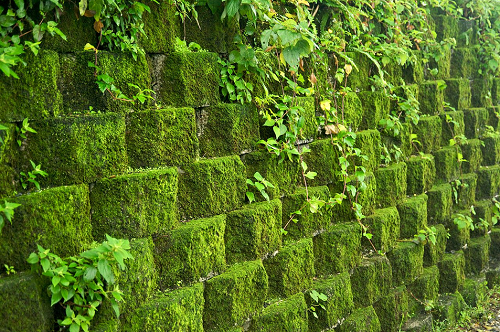 Sheds or small out-buildings in shady areas can host lovely green roofs. They are wonderful alternatives to traditional asphalt or metal roofs.

All other photos via Moss Acres