Blog readers who have followed my posts in the past know that I’ve mentioned the Gamble House in Cincinnati on a few occasions. The Gamble House is a Victorian mansion once owned by an heir to the Proctor and Gamble fortune and now owned by a conservation foundation seeking a demolition permit to tear the old house down and use the land for other purposes. Local preservationists and the City of Cincinnati have been fighting to keep the home intact and have hopes of restoring the historically significant structure in the future. The case is currently in federal court and the latest news on the old house is that the foundation had been quietly removing interior doors, trim, and windows from the home either to salvage items considered to be valuable or in an effort to make the structure look to be in worse condition than it was when the case landed before the judge. Alerted to the covert demolition, the judge ordered the foundation to restore all items that had been removed, and that’s where everything stands as of October. 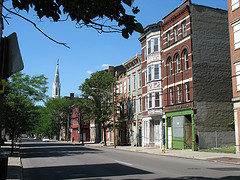 An Increased Interest in Preservation

The Gamble House situation has served to increase interest in historical preservation in Cincinnati, and there’s hope that this enthusiasm will carry over to the section of Cincinnati known as Over the Rhine. Much of Cincinnati’s early growth was due to an influx of German immigrants, many of whom settled in a working class neighborhood that came to be known as Over the Rhine due to the heritage of its population. The area was designated a historic district in 1983 and contains over 900 buildings and old houses of historical and architectural significance. The predominant architectural style is Italianate, but there are also many examples of Federal, Queen Anne, and Greek Revival styles and some preservationists compare the historical importance of the district to Cincinnati to that of the French Quarter in New Orleans. 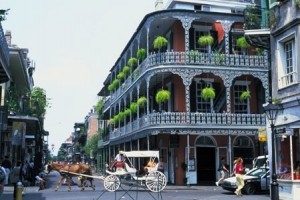 I wasn’t aware of it, but evidently the French Quarter was the first designated historic district in the country in the early 1900s to save the old buildings and homes that were already beginning to be torn down to make room for new construction. Cincinnati preservationists succeeded in having Over the Rhine awarded the designation, but restoration of the old homes and buildings has been slow due to lack of funding and the difficulty getting families and businesses to move into an area that became rife with crime during the later 1900s. Here’s hoping the Gamble House will be saved and the increased awareness in preservation it has brought about can also benefit Over the Rhine.