The green future for old houses

For 100 years American homes have been stuck with the same old inefficient light bulb, the same old dirty fuel for their cars, and the same old wasteful heating technology.  Imagine old homes that put free fuel into the cars in the driveway, heat themselves with energy stored in the backyard, and are lit with only semiconductor light sources.  Welcome to the future of historic homes.  But, don’t blink . . . it’s here now. 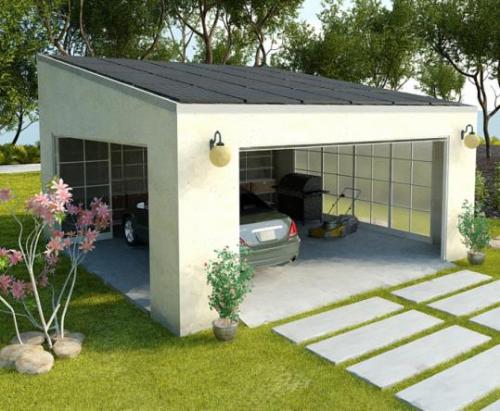 What seems like some futuristic fantasy may be in your driveway within the next few years.  Extended range electric cars like the Chevy Volt are already appearing in show rooms with rave reviews.  With rising gas prices electric cars are becoming an appealing option.  But, how about free fuel for life?

A grid-tied 2kW solar car port would produce enough energy to power a Nissan Leaf for a year.  The panels would cost about $16,000 before incentives or renewable energy credits.  With a 20 year PowerSaver loan at 6% interest your monthly payment would be a fixed $114 per month.  That’s $40 less than current gasoline costs.   Imagine if in 1991 you could have locked in $1-per-gallon gas while lowering your monthly cash outlay.

Now we just need to get approval from the historic commissions.

Geothermal heating, air conditioning and hot water has been around for decades.  It works better than any HVAC on the planet and it’s way more efficient.  Old gas furnaces waste 60 cents of every dollar of energy.  A geo system is up to 500 percengt efficient and gives you 5 units of heat for every dollar you spend.  Our annual geothermal heating and cooling bill ($550/yr) was less than just two months ($325/month) of heating with our gas furnace.

The benefit for old homes is that you can drill vertical wells on small urban lots.  The pipes are buried out-of-sight and the furnace hides in the basement.  There is no loud and ugly A/C unit on the outside.  Geothermal heat pumps can use the existing duct work in any house. 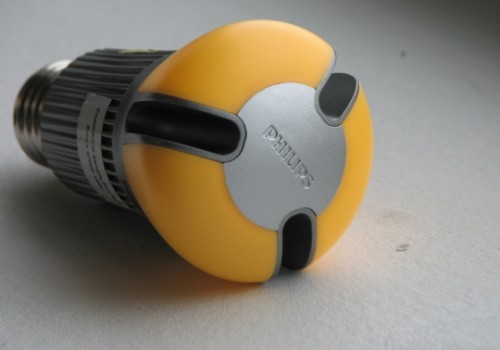 Since Edison invented the incandescent bulb over a century ago the technology hasn’t changed much.  Trouble is 85 percent of the energy of the old bulbs is wasted as heat.  So for every $1 of electricity you spend for lighting, you get only 15 cents of light.  They should be called heaters that can be used as an incidental light source.

Real “light” bulbs are finally here.  In the past few months high quality LEDs have hit the shelves of the big box stores.  They are so good that they can’t keep enough on the shelves.  For now, a 60 watt equivalent sells for about $39.95.  Although the price is way more than an old bulb, the cost is a lot, lot less.  Over the life of a single LED, when you calculate energy and bulb replacement costs, the old school bulbs will cost over $120 more.  (Read my article “How to Find Energy Efficient Bulbs That Don’t Suck“)

Except for superior efficiency, the LEDs are identical to the incandescents in every way.  They are instant on, bright, dimmable, have no mercury and have an attractive warm glow.  The prices are soon expected to be only $10 per bulb.  And an LED bulb only needs to be changed every quarter of a century.  Well . . . there go the light bulb jokes.

Matt Grocoff, Esq. LEED is host of Greenovation.TV, a contributor to The Environment Report on Public Radio, the green renovation expert for Old House Web and a sought after lecturer. His home is America’s oldest net-zero energy home and was honored as one of USA Today’s “Seven Best Green Homes of 2010″ and Preservation Project of the Year.  He has been featured in hundreds of publications and news shows including USA TODAY, Washington Post, Detroit Free Press, Miami Herald, Preservation Magazine, Solar Today, Fox Business News, Huffington Post and more.  Join him on Twitter and Facebook