We have a 1927 Detroit Jewel. It's gas, has a pilot light for the burners, and the oven / broiler is match light with a carbon rod regulator. We haven't hooked it up yet, but it was in use up until we bought it. As far as a gas stove goes, I probably wouldn't worry about the weight of a full canning pot on one of the burner grates, as they're as heavy duty or perhaps more so, than the grates on a modern gas stove. 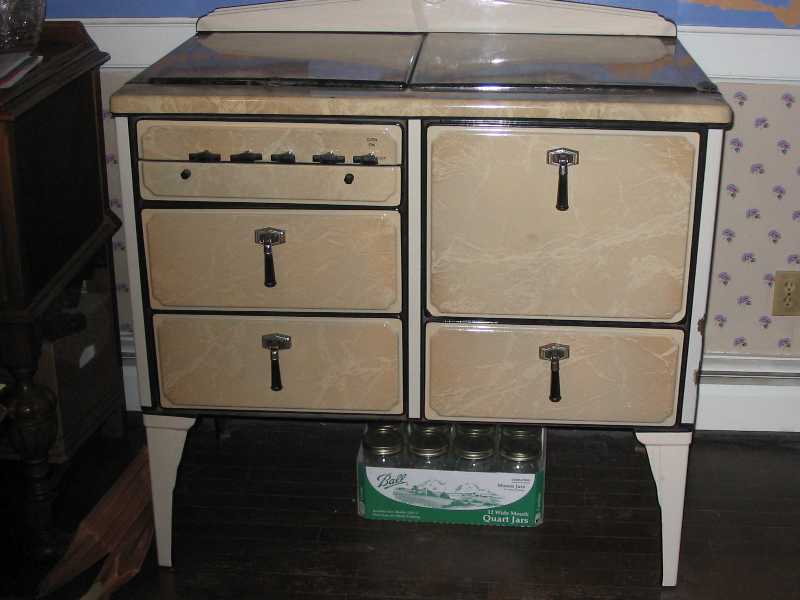 This shows the burners 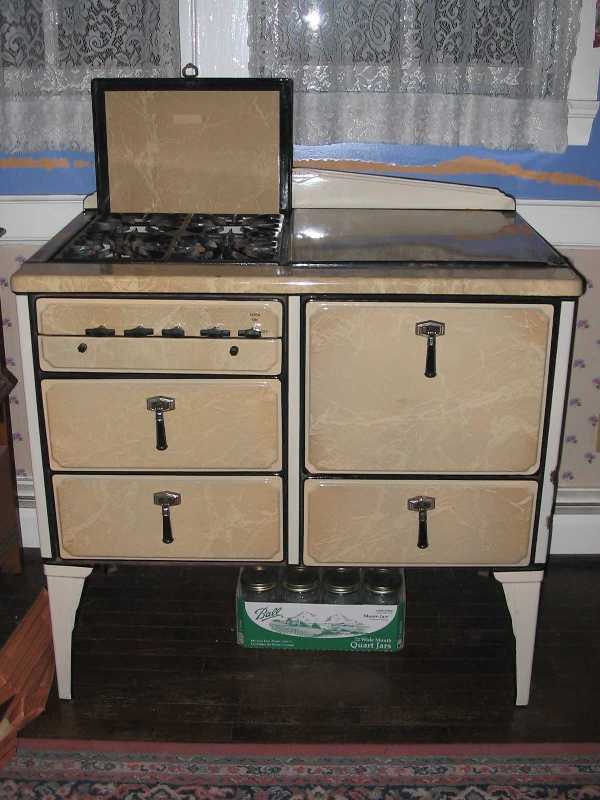 The burners and grates 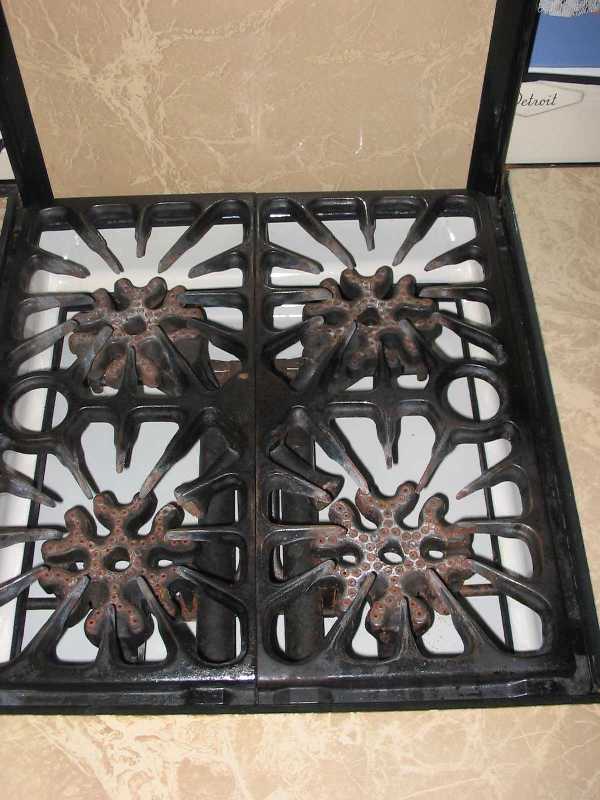 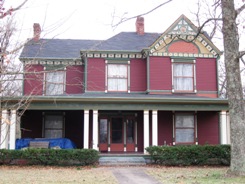 Oohhh, I love that white chambers! It looks like it's in better condition then mine was. $150.00 is a bargain! They are very heavy though so if you get it - bring a heavy duty dolly and 2 stong men. After I took mine apart I put sliders over the feet so I can just slide it out all by myself.


What about using your stove for canning? The weight of the pressure canner full of water and jars is pretty significant...

I use my canning pot no problem ( I make pickles) My grates look like BobG's. I usually use that oven for roasts, chickens and the turkey. The oven is a little small and I have some newer cookie sheet pans that do not fit into it. I added an electric wall oven when we did the kitchen that I use for baking.
Karen

Here's some info from someone who decided to go with brand new. I wish that my stove wouldn't have all that computer crap on it.

After I used the automatic cleaning option, the readout of the clock was somewhat altered.

Now, I have problems with the stupid automatic door lock, at least that is what the error code says it is.

I have to push stop before I turn on the oven. I love the burners on top though. Oh, I have gas, the stove that is.
I really love the stove, but it's only 3 years old and I have to call a repairman. I did research older stoves on the internet. One of the places with info on older stoves mentioned the heat that comes from an older stove, but I think that is the ones that have the pilot lights on at all times. I know the cooktop in our other house had continual pilots and there was a lot of heat coming off of it. It was an 80's model.
But when all is said and done, I love my new broken stove, my hubby picked it out. I don't complain about it around him. I gotta call a repair man soon. Thanksgiving will be here before you know it. It works, you just can't touch it once you get it going.

As for the canning, I wouldn't really worry about that. Older stoves were made for that kind of thing I would think. Most people did can in the 40's, you know, Victory Gardens and all. Food was at a premium with the war and all.
Top

I wish that my stove wouldn't have all that computer crap on it.

I know what you mean, my new electric oven has convection in it. We've had it a little over 2 years and I have never tried it. I just use bake and once in a while my daughter uses the broiler. I mainly use my Chambers broiler which is on the cooktop. It's neat it pops up! If you leave it down it's a griddle.
Karen

I wish that my stove wouldn't have all that computer crap on it.

I know what you mean, my new electric oven has convection in it. We've had it a little over 2 years and I have never tried it. I just use bake and once in a while my daughter uses the broiler. I mainly use my Chambers broiler which is on the cooktop. It's neat it pops up! If you leave it down it's a griddle.

EXACTLY! I've been looking at old and new and about to go cross-eyed & confused over it all, but I am so tired of electronic digital stuff that just can't be worked on!

Still undecided which stove I want to concentrate on finding...I like some things on one and other things on a different one. Do you use the thermowell? I don't like to cook with aluminum and found a blog or forum where a couple of people substituted other pots in the thermowell, such as a graniteware stock pot. Also, how hard is the griddle/broiler to clean? Is the griddle aluminum?

And during my searches, I turned up a craigslist ad for a 1959 Frigidaire double built-in wall oven...in PINK. $300. Anyone in the market?

My mother had one - from just before WWII until the late 1970's. She used an enamel-over-steel cooking pot with a wire bail handle and lid (like a dutch oven) that fit in the well with about an inch of air space around it. Great for potatoes, root vegetables, and so on. There were 3 triangular aluminum pots with lids that clamped on tight designed to fit the well - I think they came with the stove - but she didn't use them very much.

The griddle was heavy cast aluminum and hard to clean. Grease from the broiler spattered on the rough underside. After cooking pancakes, etc., on the top, the griddle had to be scoured with steel wool (Brillo pads) to get it perfectly shiny again. Cleaning the oven was definitely not a fun job, even though the bottom panel lifted out so it could be taken outside and scrubbed.

While I love to cook and would like the nostalgic look of a period stove for my 30's kitchen, I've reached the point in my life when I need convenience more than authenticity for everyday tasks. I really don't want all the fancy electronic gadgetry on the gas ranges displayed in appliance stores, so I may have to order a model from the internet to get the features I want. As a veteran appliance repairman told me, "the fewer bells and whistles an appliance has, the less there is to go wrong".
Top

Bobg,
Can you help me?
I have a very similar stove, although in not near as nice condition. MIne seems to be missing something that should hold the grates up in the middle or it's the wrong grate, I don't know. It caves in the middle. I'll see if I can find a pic.

artfox wrote:"the fewer bells and whistles an appliance has, the less there is to go wrong".

I feel the same way about cars. All those fancy electronic options are just something else that will break down.
Top

Pqtex, omg that pink is so cool! Wish I could do something like that. I sort of get the look whenever I show my hubby anything like a pink stove or toilet. The stove I got has a bit of pinkish on it and that was pushing it lol.