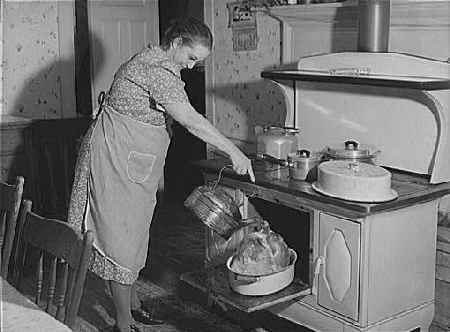 Mom is busy in the kitchen, basting the 20 pound turkey.

The photos in the Farm Security Administration-Office of War Information Collection are among the most famous documentary images ever produced.

Created by a group of U.S. government photographers, the images show Americans in every part of the nation.

In the early years, the project emphasized rural life and the negative impact of the Great Depression, farm mechanization, and the Dust Bowl. In later years, the photographers turned their attention to the mobilization effort for World War II.

The core of the collection consists of about 164,000 black-and-white photographs. The FSA-OWI photographers also produced about 1600 color photographs during the latter days of the project.

The following is a glimpse into the life of the Timothy Levy Crouch of Ledyard, Connecticut. Mr. Crouch, a Rogerine Quaker, was a stonemason by profession and lived on a modest farm. As those 1940 photographs by FSA-OWI photographer Jack Delano show, the Crouch family enjoyed a family gathering at Thanksgiving. 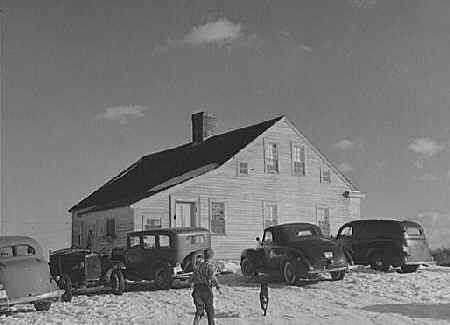 The guests begin arriving. With snow on the ground, the second car from the left must have been a chilly ride. 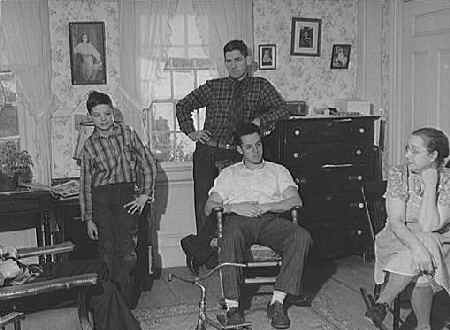 This picture has the look of cousins being expected to make pleasant conversation with each other while they await dinner. 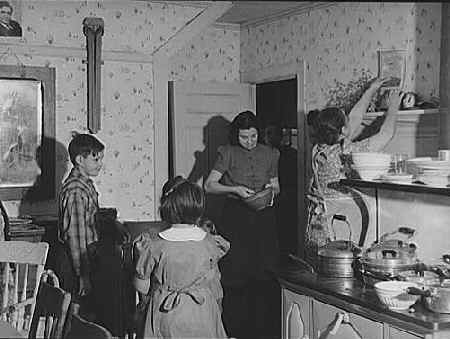 The kitchen is crowded with preparations -- and the kids are underfoot. 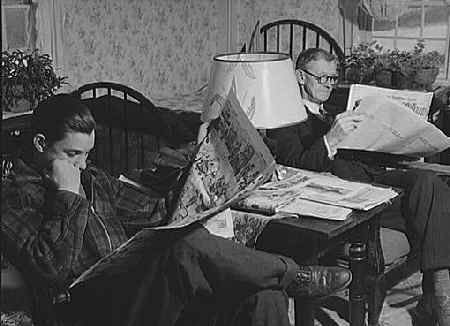 In the days before television, and before men were expected to pitch in and help with cooking and cleaning ... reading the newspaper while waiting to be called to dinner. 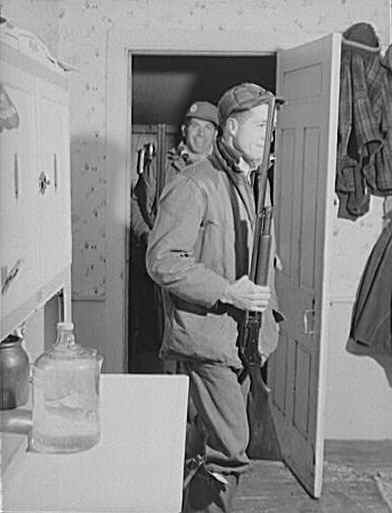 In many rural parts of America, a hunting expedition was -- and still is -- a tradition on Thanksgiving morning. 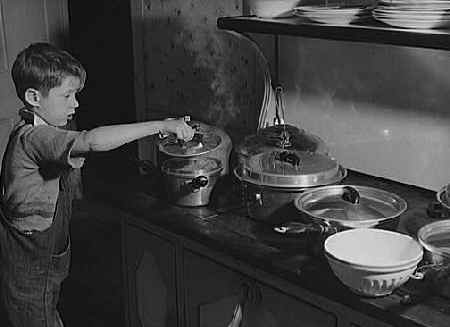 It's hard to resist a peek at the treats that await. 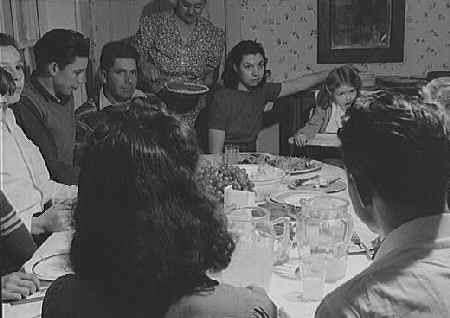 Finally, everyone sits down to enjoy the meal -- adults at the big table, and... 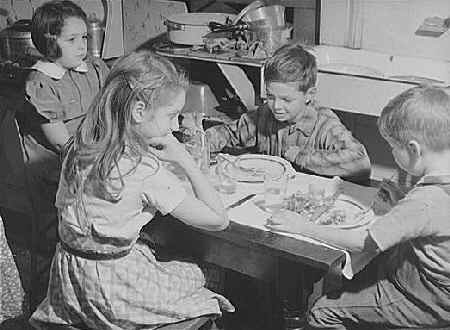 children at the kids' table. 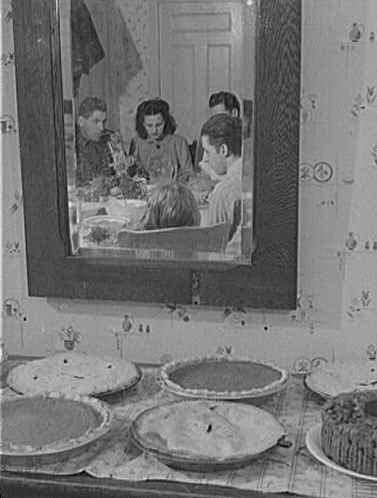 Pies and fruitcake will finish the feast. 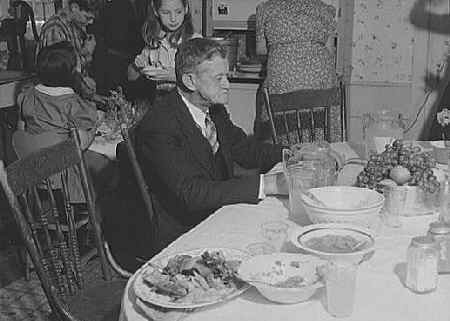 Dinner's over, but the family patriarch doesn't seem inclined to move from the table just yet.

All photos are part of the Library of Congress American Memory Collection. Jack Delano, photographer for the FSA-OWI.