May is National Preservation Month, the goal of which is to bring attention to preservation efforts across the country and to celebrate the irreplaceable treasures of American heritage that have been saved--treasures like the 1870s era brownstones at 329 and 331 MacDonough Street in Brooklyn, N.Y.

These two brownstones captured the attention of OldHouseWeb.com, the New York Times, preservation agencies and readers across the country early in 2010 when Robert Providence, the owner of 329 MacDonough, hired a contractor who accidentally knocked out a load-bearing wall of the brownstone's basement. The collapsed basement wall was shared by a neighboring brownstone, owned by Doreen Prince, and the unstable homes endangered two additional brownstones. The New York City Department of Buildings (DOB) ordered both 329 and 331 MacDonough to be demolished in the interest of public safety, with the possibility that all four historic brownstones would be razed. 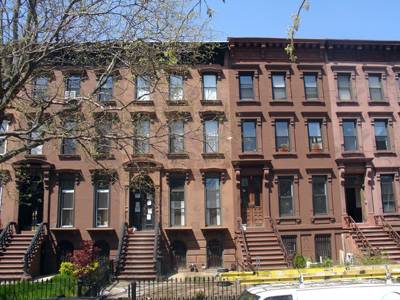 Intense preservation efforts by Providence and local agencies resulted in the buildings being saved. One such agency is the New York Landmarks Conservancy, an organization that provides both advocacy and technical and financial assistance toward preservation efforts. With the help of an engineer and a shoring contractor, the Conservancy's Technical Director Alex Herrera worked with DOB staff to preserve all four buildings. The Conservancy named the historic brownstones' rescue as their no. 2 preservation story of 2010.

Providence was hailed as "preservationist extraordinaire" by TheNewVictorians.com and many comments on blogs such as Brownstoner.com give the preservation credit to Providence who secured a court order prohibiting the demolition. Commentor Montrose Morris summed up the ordeal: "it was an important moment in neighborhood preservation, and a very expensive lesson in the importance of hiring building professionals and getting permits."

More than a year later, the buildings have been preserved, and from the outside, look just as beautiful as the neighboring brownstones on MacDonough Street. But 329 MacDonough isn't quite there yet, best as anyone involved with the preservation efforts can tell. 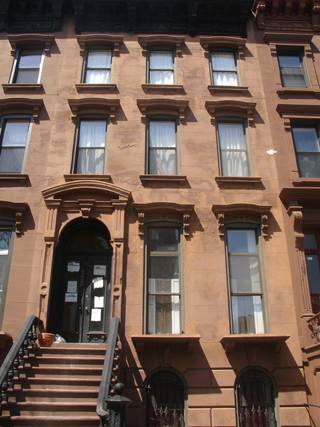 City councilmember Albert Vann's press liaison Mandela Jones indicated that he hasn't heard from the homeowners in quite a while.

The DOB's involvement with the property has ended now that the properties are stabilized, according to the DOB press office. Though Prince was able to move back into 331 MacDonough when she was granted a certificate of occupancy in late April of 2010, Providence is still facing a full vacate order. DOB confirmed that 329 MacDonough won't see a certificate of occupancy until Providence pays up fines.

Though DOB records shows Providence paid a $1,000 fine for a November 2010 violation for full garbage bags, broken traffic cones and discarded plywood littering the construction site, he hasn't paid the $12,500 in penalties from earlier in 2010, $12,000 of which is for "failure to safeguard all persons and property affected by construction operations." The standard DOB fine for that violation is $2,400, but failure to appear at a hearing multiplies that fee by five.

Occasionally, construction does happens. The brownstone's shoring was removed in March 2011, which was documented on the open DOB complaint against Providence for a stalled construction site. A neighbor who refused to give his name confirmed that he's heard work being done and speculated that someone may be staying on-site.

As Providence couldn't be reached for comment, it's unclear whether rehabilitation and restoration efforts are stalled because of financial or legal issues. In March 2010 when the brownstones were saved from demolition, The New York Times reported that Providence spent his life savings and accumulated several hundred thousand dollars of debt on the rescue of 329 MacDonough. Though he reached out to an unnamed preservation agency and local government for financial assistance, Providence was quoted by the New York Times as saying, "No one has the money to help."

Price couldn't be reached for an update about how 331 MacDonough has changed in the year following her unplanned exodus from her home. Herrera at the Conservancy confirmed that Price moved in 2010, but hasn't been in touch with either brownstone's owner. "Houses were saved--so that's good--but there are still legal issues." Herrera was not aware of Providence's intentions for the brownstone at 329 MacDonough Street.

Tweet
About the Author
JoVon Sotak is a writer, community journalist, and photographer who enjoys living in the middle of nowhere, Nevada. Her articles have appeared in online and print publications in Nevada and throughout the United States.