In my area of southeastern Pennsylvania, a majority of the surviving homes built in the 18th and early 19th century were constructed of stone. Most mills, churches, inns, taverns were built of stone as well. Many of the large barns have at least 3 sides built of stone. We have many historic stone arched bridges carrying much more weight and traffic than was ever imagined by the builders.

There were many types of stone used in the construction of these historic structures and there were several different patterns of stonework. These patterns were selected by where the supply of stone came from, the wealth of the owners and the experience of the stonemasons.

These stones came mostly from clearing land for farming. Some from the surface of the ground, some tangled in the roots of tree stumps being removed and some came to the surface when grading or tilling the soil.

Walls built of fieldstone typically reveal most stones are not only irregularly shaped, but also have rounded edges and corners--showing that no tools were used for any shaping. The flattest-faced stones were usually selected for the exterior surfaces of the walls. 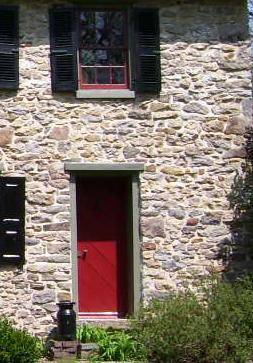 Due to the irregular shape and rounded corners, more mortar was usually needed to fill larger voids between stones than in more formal stonework. Since many surviving fieldstone structures were primitive and built in areas remote at the time of construction, it's quite common for them to have been subsequently covered with stucco, to hide their rudimentary origin.

Most folks don't identify this term with construction, but rather destruction, thanks to the news media continually using the term to describe what's left after a catastrophic building failure.

Rubble is actually quarried stone of irregular shape and random sizes. When used in wall construction, it can be set with smaller mortar joints than with fieldstone, if the masons were fastidious about selecting each stone. In some installations, small pieces called gallets are set into voids created when adjacent stones don't fit close together. 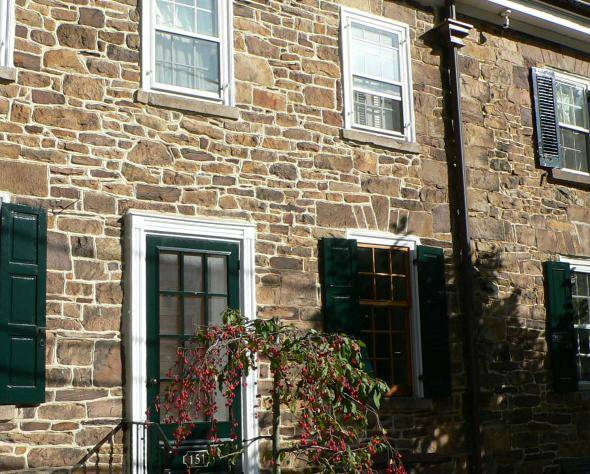 These "blocks" are uniform shaped, usually rectangular, quarried cut stone. They can have a quarry face or a dressed or tooled face. This style of stonework usually has very narrow mortar joints due to the regular size and shape. 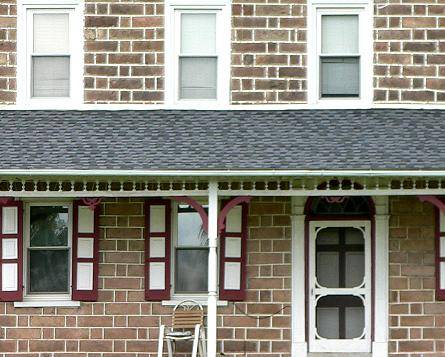 It can also be random or broken-range. This is when the rectangular blocks are of random size. 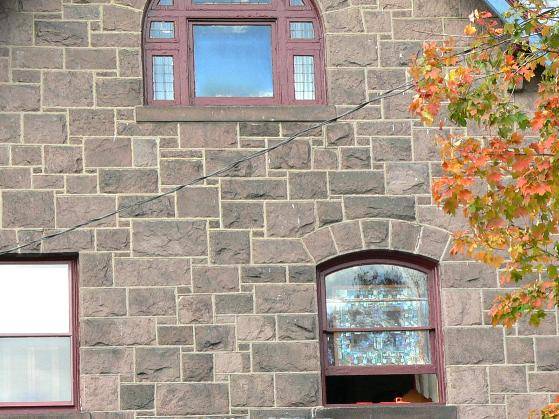 Ashlar stonework is usually backed with rubble, as the cut blocks of stone are only used on the exposed face of the wall. Some buildings will have ashlar only on the facade and less formal rubble on the other, less visible walls.