If you're looking for a serene home environment with few fussy details and possessions, the Japanese style may be right for you. 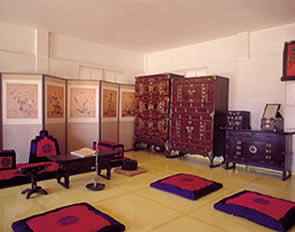 This style forms a balance between space and objects. You won't find a house full of ornate antiques or heavy oriental rugs. Instead, the Japanese house features streamlined furniture placement, neat storage arrangements, and environmentally friendly materials. The homes are characterized by simple architectural lines, clean room arrangements, and plenty of windows and doors to connect you with the outdoors.

While the Victorians loved their small rooms filled with antiques and fancy furnishings, the Japanese illustrated the other extreme. When trade opened up with Japan in the middle 19th Century, many Victorians were shocked to see Japanese homes with bare rooms and simple furnishings.

This style has a following, however, for those who thrive on tidy lines, well-designed storage, and minimal display of possessions. In fact, some artistic details from the Japanese style found their way into the Arts and Crafts movement.

The Western world has always had a fascination with Japan, China and other Asian cultures. In recent years, with the spread of the Zen mindset, the focus on Japanese style and architecture has resurrected an interest in Japanese lifestyle and culture. Many people are attracted to the simplicity and balance that defines a traditional Japanese home.

Japanese houses originally were designed with open architectural plans that featured rooms with little or no privacy. Once people began separating areas into different functions, they began using screens to divide different uses. Eating rooms were separated from cooking or sleeping rooms for example. Those screens were designed to be flexible, however, so they could be moved to open space as needed. 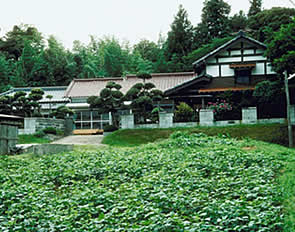 The Japanese home includes a focus on tatami matting, which is made of woven rice straw. The mats are so important that they are used to measure rooms, shape seating, and define flooring and sleeping areas.

This sense of openness also creates a fluid movement between the indoor and outdoor space. Instead of having clearly delineated spaces for each, Japanese architecture links the inside and outside as a continuous element. One example is the Japanese veranda that functions as a transitional space between the indoors and outdoors.

Views also are important in Japanese architecture. Windows and doors, for example, are tall and wide. They also are placed in the optimal position for capturing views of a beautiful garden, interesting artwork or a soothing water element.

Among the elements that define the Japanese style are:

When renovating a home to incorporate the Japanese style, it helps to focus on the simplicity and serenity that defines a traditional Japanese home. The furnishings should be minimal and oriented toward function rather than high design. Furniture often is placed low to the ground and is almost always oriented toward the outdoors.

In a kitchen, the focus should be on cooking instead of showcasing the latest cabinetry styles. No need for fussy crown molding or fancy hardware. A true Japanese style kitchen might include the cabinetry, stove, sink, and refrigerator along one row or in close proximity to each other. Instead of a center island, the room would have a casual table for informal meals.

There are many ways to incorporate this interesting housing and cultural style into a modern home. The key is to focus on the cultural and lifestyle aspects that guide floor plan layout, room arrangement, furniture selection and other housing decisions.