When we bought it, the big old Victorian in central Maine sported a well-peeled coat of blue paint on its outside. In the sunroom, pigeons and squirrels stayed dry by coming inside through big holes in the rotted-out walls. The back wall of the carriage house dipped more than 10 inches at its middle.

No, the 20th century hadn't treated the house especially well. But the house was eminently livable -- and there was a silver lining to its phyical neglect: The house was nearly intact to its 1878 roots -- right on down to the threaded brass pipes that supplied hot and cold water to its 1878 bathrooms and to the slate sink in the kitchen.

Indeed, aside from paint and paper, here's a list of all that had ever been done to this house in the way of major work:

And that was it.

So we took the plunge, trading in our austere, early 19th century Federal cottage for a house with maid's quarters, a two-and-a-half story barn, a butler's pantry and dozens of other amenities.

Today were I to tackle a restoration project of this magnitude, I'd probably putter away on the house for years on my days off. But a decade ago, when I bought the house, I ran a company that did restoration and remodeling work -- and so I was able to work our home's restoration into my crews' schedule, completing most of the work over a year's time.

Shortly after completing the work, we threw a "Come See The House We're Going to Live In Forever" party. Our friends seemed dubious of the party's theme -- given our history of moving every year or two within Maine, and outside of it as well.

And sure enough, four years after buying our "home-for-life," central Maine's sagging economy made a magazine job in Washington, D.C., look mighty attractive -- and so we left Maine again.

Life can take strange, and often delightful, twists and turns. For the past year or so, Deb and I had been considering moving ourselves -- and The Old House Web -- back to central Maine.

In early August this year, the folks who had owned our Victorian for the past nine years put it up for sale.

The short version of a long story? We're back!

We moved back into our home in early September. It needs work. Look for updates in the weeks ahead! 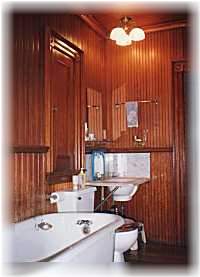 Gardiner, Maine, was a thriving shipping and lumber mill town when this and scores of other fine Victorian homes were built in the 1870s and '80s. Compared with others of similar size, our home had fairly simple interior woodwork. But ours had something the others didn't: Two bathrooms that were original to its 1878 construction. 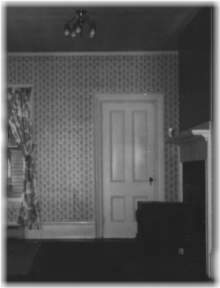 Before and after: Victorian-era homeowners loved color -- and so do we. Which helps explain the purple-blue ceilings in the parlor. 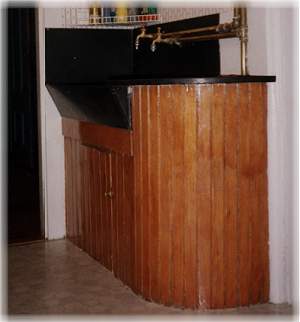 Rock of Ages: When we bought the house in 1988, this kitchen sink (and the brass pipes supplying it) had already been in service for more than a century -- with no visible signs of wear. 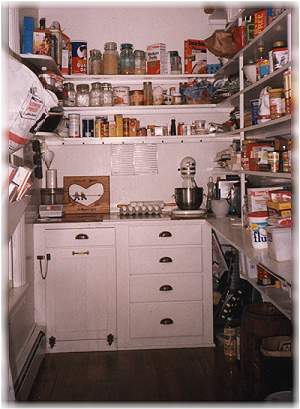 Cooks a century ago didn't have Hobart mixers, of course, but today we'd gladly return to kneading dough by hand if it meant we could have a pantry with this much storage. 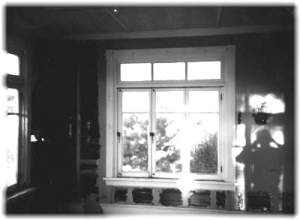 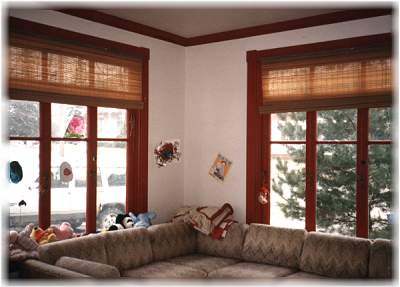 How much damage can a little leak -- left unfixed -- cause over a decade or two? As our sunroom proved, water can turn sills, studs, sheathing and hardwood flooring into mulch. Miraculously, the windows had escaped the fate of the walls that held them. 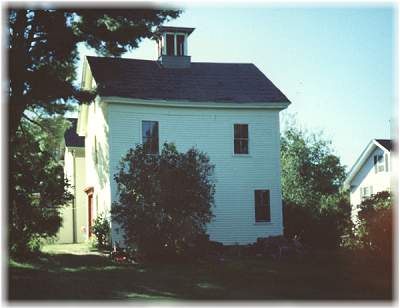 In the Washington, D.C., suburbs where we now live, it's entirely possible to pay $300,000 or more for a house that isn't as big (and certainly not as interesting) as the 30-by-30-foot carriage house at the home's rear. 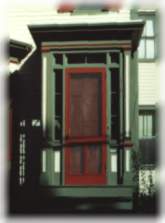 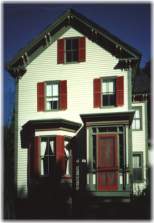