The Victorian era was a time of elaborate fuss and detail in American homes. Dark stained woodwork, large ornate fireplaces and carved wainscoting set the tone for many of the homes built during this time. If you are planning to renovate a Victorian era home or are simply interested in following historic renovations here's a look at the nuances of this unique time period. 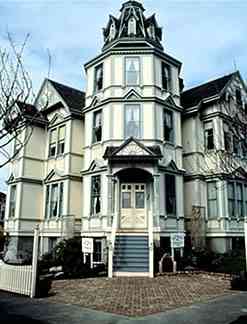 During the Victorian era, mass production brought a wide array of products to the hands of the rising middle class. These building materials were readily accepted by home owners and contractors looking to customize homes and create a grand environment for entertaining. The popular home improvement projects of that time included adding ornamental detailing to a stone fireplace, painting a Queen Anne Victorian in a rainbow of colors, and staining tall oak baseboards in a dark mahogany finish.

While it is common to call a house built from 1830 to 1900 a "Victorian house," the term "Victorian" actually represents a period in history. During this period, there were several common architectural styles, each with unique characteristics. While early Victorian dwellings were simple in style, those built after the Civil War took on more elaborate designs. Today, many of those dwellings receive attention for their distinct old house renovations.

Among the popular Victorian styles are: