A New Decade and Lessons Learned

I knew another year was drawing to a close, but hadn’t given much thought about the decade ending as well until lists of the best music, sports stories, and movies of the last 10 years began to appear. I know there are two schools of thought as to when a calendar decade begins and ends, but I happen to belong to the school that believes a new decade starts in a year ending with “1″. It has been an interesting decade to say the least, but I guess you could say the same about them all. Most people experience a number of highs and lows during each 10 year period of their lives and that also holds true with our country during the decade that’s coming to an end. 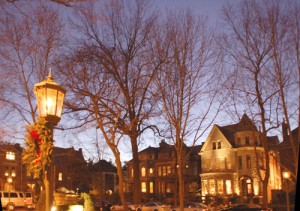 Numbers would seem to indicate that unemployment is beginning to stabilize, but the percentage of unemployed workers remains extremely high. Housing values continue to drop in some areas, but sales contracts for homes seem to be on the rise in other parts of the country. Household spending is up, but it could simply be an aberration caused by pent up holiday splurging. What will the next decade bring; what condition will our nation’s families and the country as a whole be in when 2020 rolls around? If you ask 10 experts, you’ll probably get 10 totally different answers and they’ll all be partially right, but they’ll also be partially wrong.

I hope we have learned some lessons from the past decade; that sometimes it’s better to have an old house that can be restored as time and money allows rather than a new home that has more space than a family needs and costs more than they can afford. I hope bank and home buyers have learned some lessons about borrowing and lending and that both work together to keep families in their homes. 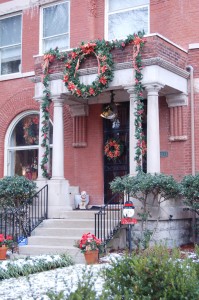 I know I’m an optimist, but I would think we have learned that our environment is in trouble and there isn’t an endless supply of natural resources at our disposal. Perhaps in the next decade we will be reading about more old houses like Matt Grocoff’s that create their own energy. Maybe becoming more energy efficient as a nation and a world won’t be just a fashionable trend that appears every few years and disappears until the next oil embargo or the next pipeline breaks.

And lastly I hope we’ve learned that our country’s old houses and buildings are a part of our national heritage and deserve to be saved. They stand as monuments to the hard work and sacrifices our ancestors endured through past decades as our nation grew, and as a reminder to continue to foster those traits to carry us and the country into the future.