Adventures in Preservation restores and rebuilds

When I was a kid, my hometown had a little corner grocery store. It had been owned by the same family for generations. Every time we visited, I was mesmerized by the photographs on the walls, pictures of a time I could hardly imagine. The old hitching post in front of the store, a remnant from life before automobiles, was simply amazing to me.

When the owners of the store were too old and frail to run it any longer, they began to entertain an offer from a developer who wanted to tear it down and replace it with a new, shiny big-box store. The community threw an appropriate fit, found the funds to save the building, and then the question became: What in the world are we going to do with it now? 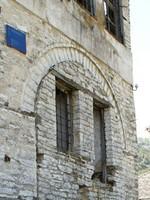 The first thing the community did was fix all the things that needed fixing, and then set about restoring the property to its glory days. I was nine years old when my grandfather packed up his toolbox, put me in the passenger seat, and drove that old Ford down to the center of town. We spent several long and dusty days in that store, working together with dozens of others to make it sturdy again.

Decades later, the joy and pride that project brought hasn’t faded. That’s why I was so intrigued when I discovered Adventures in Preservation. The organization is made up of preservation-minded individuals who find historic buildings that need serious work, organize a “vacation” for those who want to help, and enlist all those helping hands to restore heritage that is at risk of disappearing.

Here’s how it works: Adventures in Preservation, or AiP, invites volunteers to attend workshops that last for one to two weeks. These workshops focus on the restoration and rebuilding of a piece of history. The leaders teach skills that volunteers can carry forward to other projects, and as an added bonus, those who volunteer have the opportunity to travel to new places for a good cause. Past adventures include the restoration of shotgun shacks in Illinois, masonry conservation in Slovenia, interior plastering in New York and assessing wall painting and columns in Italy. 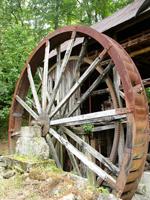 In most cases, the historic preservation is also a catalyst for modern change. For instance, a new project in Nova Scotia focuses on restoring century-old “company houses” so that they can be used as homes for residents at risk of being homeless. A project just completed focused on restoring the windows of the Bellanca Air Service Hangar in Delaware. The hangar will eventually be adapted for community use.

Adventures in Preservation is open to suggestions for work. The proposed site must have historical significance to its community or country, and must have a need for volunteer work to lower the costs of preservation. This means that projects that might sit idle for lack of funds have a chance of moving forward.

Seeing the photographs on AiP’s website reminds of working on that old corner grocery store when I was a little girl. I wondered what became of that store, so I called back home ans asked –the store still stands, and is now used as a community thrift shop.