There’s a phrase being heard more often by local preservation organizations, and it can cause cringing every time it’s uttered. The phrase is “demolition by neglect,” and it has become a method for homeowners and developers to circumvent local preservation efforts.  You, like I, may have never heard the term before, but it sounds like we may be hearing it more in the future. 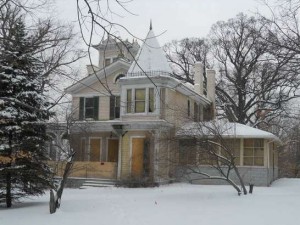 How Long will it Stand on it's Own? photo from Cincinnati.com

Demolition by neglect is a loophole that exists in many local jurisdictions that allows property owners to use nature to accomplish what they weren’t able to do through the court system.  When someone purchases a property with the intention of tearing down the existing structure to make room for a new home or commercial building–they must apply for a demolition permit from the local building department.  This is the point when the new property owners often discover that they might have a roadblock to their plans. If the structure is considered of historical significance to the area, local citizens and preservationists often work to prevent the demolition.

If the permit isn’t issued, the townspeople usually consider the old house or building saved.  Unfortunately this isn’t always the case.  The owners don’t want the old house, so they aren’t about to spend any money on maintenance.  The structure slowly deteriorates until it’s finally condemned or simply falls down and demolition by neglect has taken place. The property owners apply for a permit for their new building and are back in business. 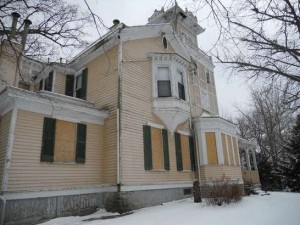 Demolition by Neglect?--photo from cincinnati.com

Demolition by neglect is happening with increasing frequency and some jurisdictions don’t have any way to prevent it from continuing. The Connecticut Trust for Historic Preservation mentions how it brought about the demise of an old house so apartments could be constructed.  A demolition permit was denied due to the 1908 home’s historical significance to Bridgeport.  The owner let the home deteriorate until a judge had no choice but to grant the permit.

It’s become such a problem in the state of North Carolina that Preservation North Carolina has an entire section on their website devoted to bringing attention to properties where they believe the process is occurring or has already happened.

Demolition by neglect and the Gamble House

One place where demolition by neglect seems to be happening–or at least the preservation attorneys are arguing that’s the case–is with the Gamble House in Cincinnati.  I’ve written about that old house dilemma many times.  The foundation that owns the home wants permission to tear it down. But local citizens–backed by the city–are trying to save the house, considered to be a local landmark.  The case has been in court for a year now, and the situation might be considered a stalemate with the exception of the demolition by neglect that’s taking place.  Preservationists realize that even though they’ve been able to prevent an official demolition permit from being issued, Mother Nature has sided with the foundation.