I spent my high school years in Loudoun County, Virginia where historic old houses are plentiful and some are downright impressive. When I had occasion to travel down Route 7 towards Tysons Corner and Washington, D.C., I used to pass a well kept up estate surrounded by wood fencing and what appeared to be hundreds of acres of trimmed pastures. Off in the distance I was able to see a large plantation type home with a long tree lined drive leading up from an intricate entryway. There was a historical marker nearby that mentioned the property was called Belmont Plantation and that it had served as President Madison’s refuge when the British invaded Washington during the War of 1812.

Many years later when I was back in the area I happened to drive by the property, and all I saw were new houses where there were once open fields dotted with steeplechase jumps. IBM had owned the estate for many years and used the old house as a corporate retreat while leasing out the pastures, but evidently at some point they decided to sell the entire plantation to a developer.

Development and preservation don’t have to be mutually exclusive

Toll Brothers is a national home-builder based in Pennsylvania that underwent a major expansion during the recent housing boom. I don’t know that their houses were the first to be referred to with the derogatory “McMansion” term, but I know they qualify to be a charter member of that select group. When I saw all the houses in the former pastures of Belmont Plantation I thought the manor home must be abandoned or possibly even gone, but then I heard Toll Brothers might be one of those developers who prefer to preserve history whenever possible. 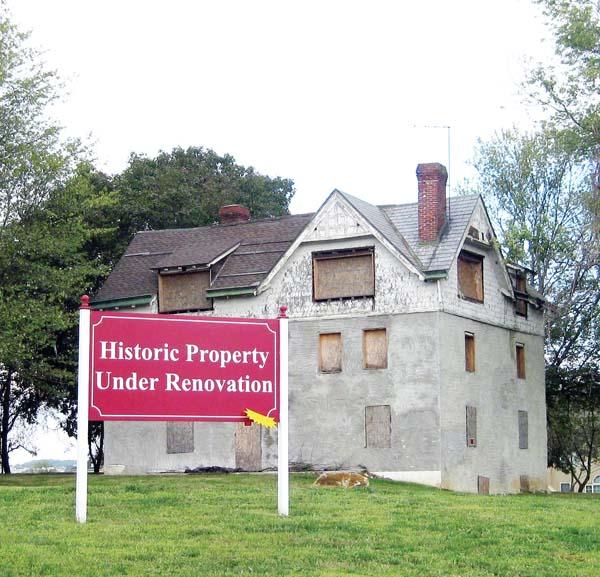 Much like the developer who planned to incorporate an old house into their condo project that I wrote about previously, Toll Brothers made the historic home a part of their development. The old house that President Madison once called home now serves as a clubhouse for the community, and from what I understand, the home-builder did an outstanding job with the restoration. Evidently Toll Brothers is going into the preservation business as I just read they plan to save another old house at one of their new developments in Pennsylvania. The historic 241-year-old Henry Pierce Home outside of Philadelphia will be restored by the home-builder and incorporated into the housing development.I realize the home-builder is probably agreeing to restore these old houses in return for receiving approvals for their projects from the local jurisdictions, but it’s still nice to see a developer willing to preserve history rather than tear it down. It’s also another example of how old houses and buildings can be saved and successfully incorporated into present day use.