By: Conrad Neuf , Contributing Writer
In: Old Houses, In The News
3
Comments

Well, I am excited, a couple of hours ago the House passed the extension of the First Time Home Buyers Tax Credit. The Senate has already passed it, and supposedly President Obama will sign off on it tomorrow. I was a little concerned because of the reported abuse of the Tax Credit, which I mentioned in an earlier post. I was afraid that Congress might not extend the Credit because of a few “bad seeds”, when the majority of the families were using it as it was intended. 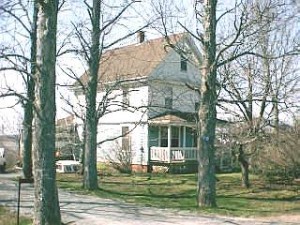 A few people who used the First Time Home Buyers Tax Credit to purchase an old house wrote in after that post, and I was really glad to hear that it was helping people. I recently

read that the National Association of Realtors is estimating that as many as 350,000 families bought homes through August because of the Tax Credit. I know that most of the homes that were purchased using the Credit were not old houses, but I’m sure that some of them were, and that some young families were able to take an old house and make it a home.

The extension of the Credit is to April 30, 2010. Buyers must sign a Purchase Agreement by that date, and must close on the home by June 30, 2010. An added bonus to the extension is that the Credit is opened up to purchasers who already own a home, and have lived in it for at least five years. If potential home purchasers meet those requirements, and any others that are in the extension, they may be able to take a $6500 tax credit. I won’t get into all of the criteria and fine print of the Tax Credit, if you are thinking about using it check with an accountant, or the IRS, to make sure you can qualify for it.

As I mentioned I am excited, I believe this Tax Credit is something which helps young families get started as homeowners. It is a great feeling when you finally become a homeowner, and have your own home to make family memories in. If some of the houses which are purchased are old houses then so much the better. I would really enjoy it if other people who have used this Tax Credit to purchase an old house, or plan to with the extension, wrote in and told us about it.