Going batty and squirrely in my old house

Shortly after moving into a home in Georgia, I was delighted to see little brown bats careening around the lawn at dusk. I was very afraid of them as a child, but my patient grandmother explained that they were perfect little pest control machines. They wanted nothing to do with humans, but would be more than happy to eat as many mosquitoes and other annoyances as they could before they went back to their roosts to wait for another nightfall. I was no longer afraid, but mesmerized as I watched them swoop and swing back and forth through the trees, capturing bugs with every glide. 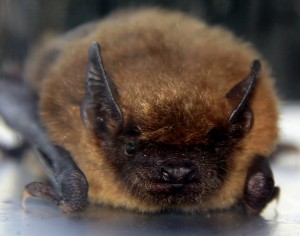 Watching those brown bats swooping around my house in Georgia was a nice bit of nostalgia. But then I noticed that they were flying from under the eaves of my house. Upon closer inspection–and one moment of sheer terror when one of the little fellows swooped right at me–I realized they weren’t just flying around my house.

They were living in my house.

Bust out the bat brigade

I already knew that bats were often considered endangered and therefore, getting rid of them would require some careful finesse. It would definitely require the help of a professional. Though I could see a few places where the bats were getting in, I had watched a neighbor deal with the bat issue in the past, and I knew that just when you thought you had sealed up every possible opening to the house, there would be another one waiting for the bats to find. After all, they can fit into a space about the size of a quarter or less.

Since I already had a pest control service, I called them the next morning and explained the situation. By that afternoon they had contacted a wildlife removal specialist, and he was at my house evaluating the situation. Within a few days after that, I had little pieces of netting stuck in various places around my roof–this netting formed a kind of one-way door, where bats could get out but they couldn’t get back in.

I was also the proud owner of three new bat houses, placed strategically around the yard. I didn’t want to deal with the bats in the house, but I did want to keep them around. They moved to the bat houses with relative ease, and there was little left to do in way of cleanup, as they hadn’t been around long.

There’s more adventure where that came from

I thought that was the end of the adventures. We happily coexisted with the bats, our houses sitting side-by-side, and the mosquitoes around the pool were virtually non-existent. But one night a few weeks ago, I was walking down the stairs to the basement and heard a scurrying sound. When I paused, it paused. When I moved, it moved faster.

I traced the sound to a hole in the wall, right next to an old window, almost hidden by the generous frame. I wandered around the wall, then went outside and wandered around there, where I found a few tiny holes in the vents. There was also what appeared to be a piece of vinyl siding that was pried up a bit in one corner.

More than a little suspicious, I placed another call to the pest control company. The exterminator took one look and nodded.

“Just the right size for a little squirrel,” he said.