When I was very young, my father owned a hardware store that specialized in paint and glass products along with the other tools and building materials normally carried by that type of establishment.  As a result, the home I grew up in had large picture windows that went from floor to ceiling across the majority of its front elevation. I spent a lot of my time outdoors in those days, but when I was inside, I enjoyed a panoramic view of nature from the comfort of our living and dining rooms. 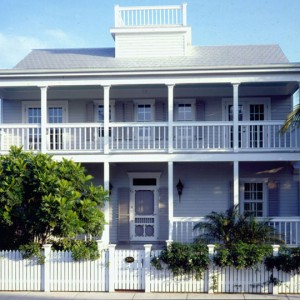 Glass technology has come a long way since the 1950s when those windows were installed. I didn’t know anything about energy efficiency back then — as long as there was a heating vent where I could warm up after a day spent ice skating or sledding, I was happy.  However, I imagine my parent’s paid for that much glass in the form of high electric bills.

I read with interest a recent article about a new home in the Pacific Northwest where Marvin windows totaling about $300,000 were installed. I believe it says something very positive about the window industry that with energy costs being what they are today — the owners felt comfortable putting that much glass in their new home. Of course an argument could be made that if you can afford a $5 million home with $300,000 worth of new windows, high heating and cooling bills might not be a big concern. However, I would think that even Warren Buffet prefers windows that keep his energy costs under control. 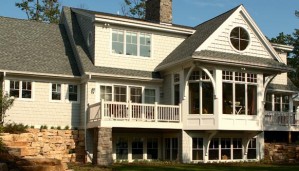 Regardless of the cost of your house or how old it might be, there’s still time to take advantage of the Federal Energy Tax Credits that can be applied to a window upgrade for your primary residence. But you’d better hurry — the windows have to be purchased and installed by December 31 of this year. I’m not going to get into the benefits of installing energy efficient windows in your old house as we’ve already discussed that topic quite a bit on this site — suffice it to say that upgrading to Energy Star rated windows may be able to lower your annual heating and cooling costs by about 7-15 percent depending on the size of your home and where you live.

There’s a pretty good possibility that this could be the last year the Federal Energy Tax Credit is offered. It is already lower than it has been in previous years and with all the talks about lowering the federal budget, in all likelihood the credit will be dropped for 2012. You may be able to qualify for a credit of up to $500 if you install qualifying windows this year, but check with your accountant to be sure. In the case of the Oregon homeowners — if they qualify for the credit, their net cost on their windows may only be $299,500.