Anyone who planned on making their New Year’s Resolution a move to Honolulu to purchase an old house may want to reconsider. I’m glad I had a chance to read this article in Honolulu’s Star-Advertiser.com before making the leap myself. I don’t know why, but I have a difficult time using old house and Honolulu in the same sentence. It’s sort of like the post I did on the old house in Miami Beach; both places bring beaches, palm trees, and beautiful vistas to mind rather than old houses. 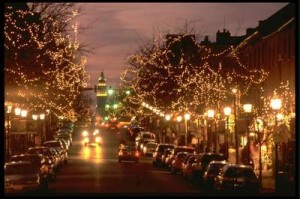 Old Town Alexandria, VA Decorated for the Holidays--photo from Oitgn.com

Evidently Honolulu has some of the most generous tax breaks for historic old houses in the country. Who would have guessed? If your home is on the state Register of Historic Places, you can apply for an exemption to real estate taxes. As part of the application you must state that paying your real estate taxes creates a financial hardship to maintaining the home in good condition. If your application is approved, you agree to keep your landscaping trimmed back so the public can view the home from the street, and if that’s not possible, you must open up the property to the public for viewing 12 days a year. Homes approved for the program are exempt from all real estate taxes other than $300 a year for 10 years and up until this year it was $100.

Well, now Honolulu has figured out that tax bills which had been around $7,000 a year are now $300, and that’s for about 240 homes. They have also figured out that many of these homes appraised at over a million dollars and are owned by doctors, lawyers, and celebrities who probably wouldn’t be walking the roads looking for aluminum cans if they had to pay normal real estate taxes. 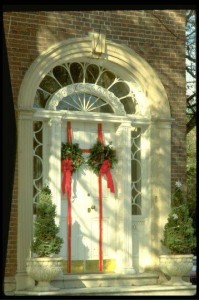 The city has been trying to make a decision on how to fix the problem for the past three months. I can see both sides of the argument; the city is losing a lot of revenue from homeowners who could afford to pay, but also mixed in are probably some people like this couple near Buffalo, New York. They purchased their hundred year old house 25 years ago and have been doing much of the restoration work themselves ever since. I have no doubt that some of those 240 homes are owned by people very similar to them.

And You Thought You Had an Old House

On a lighter note and to put things in perspective–how about an 11,000 year old house? Parts of an old house estimated to be 11,000 years old were recently discovered in England. That’s 6,000 years before Stonehenge was built for you history buffs. It’s also when England was still connected to mainland Europe. They think the old house might have been occupied for up to 500 years and what’s surprising is the toilets still work! (just kidding)