Home / Old House Blog / How to destroy the planet from the comfort of your own home; Part 1

How to destroy the planet from the comfort of your own home; Part 1

IS NATURE SAFE FROM OUR HOMES?

Homes exist to shelter us from storms, protect us from the elements, and keep us safe from nature. But, is nature safe from our homes? 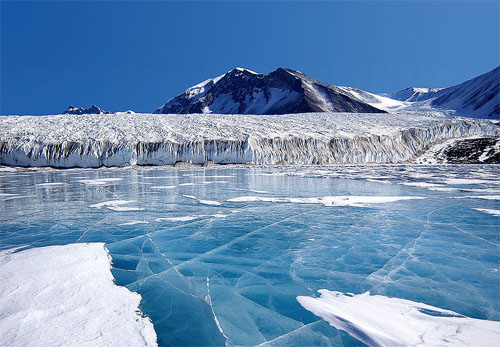 The continent of Antarctica has been losing more than 100 cubic kilometers (24 cubic miles) of ice per year since 2002.

Henry Pollack, author of “A World Without Ice” and who with his colleagues on the International Panel on Climate Change shared the Nobel Prize, says that he’s often asked whether he’s concerned that the surge of eco-tourism will damage the ecosystem of Antarctica. He answers that he’s far less concerned about what tourists do when they put their footprint on the continent on a five day visit than he is about their alarming ability to melt Antarctic ice as a result of their actions when they are in their own homes during the other 360 days of the year.

The 130 million existing homes in the US are responsible for nearly a quarter of our greenhouse gas emissions. Yet, if all new homes were built to net zero energy it would reduce our emissions by zero. Mitigation and adaptation really do start at home - your home - Now.

If we are capable of destroying the planet from the comfort of our own homes, then the converse must be true. By redefining home and making houses places of comfort, restoration and healing, both psychological and physical, we can indeed become a regenerative society.

My family’s folk-Victorian home is 111-years-old, has the original windows, an uninsulated basement, minimal wall insulation (only R-13), and was restored without a gut rehab. Yet - by using smart performance targets outside of HERS, LEED, or EnergyStar, we created a home that is the oldest in America to achieve documented net zero energy. Importantly, the home is optimally cozy and healthy and the energy retrofit was only around $50k, including on-site solar PV to produce more than we consume.

Our home is the Oakland As of energy efficiency. In 2002, after losing their three top players to free-agency, the As achieved the greatest performance efficiency of any team in baseball.  They used a system they called “Moneyball”. With the second lowest payroll in the majors, they won a record-breaking twenty consecutive games and remain one of the winningest teams in baseball. They found the highest performance at the lowest cost by looking at meaningful stats outside of the traditional box scores. Base-on-balls percentage is a more important predictor of team success than runs-batted-in (RBI).

LOOKING BACKWARD & FORWARD: HOW WE GOT HERE:

Over the next couple of articles I will take you on a historic tour of my historic home to explore the lessens we can learn, both good and bad.

Matt Grocoff, Esq. LEED has been honored with the 2012 Michigan Green Leader Award and is founder of Thrive - Net Zero Energy Consulting Collaborative, host of Greenovation.TV, a contributor to The Environment Report on Public Radio, the green renovation expert for Old House Web, and a sought after lecturer. His home is America’s oldest net-zero energy home and was called “Sustainable Perfection” by The Atlantic, and honored as one of USA Today’s seven “Best Green Homes of 2010″ and Preservation Project of the Year.  He has been featured in hundreds of publications and news shows.  Join him on Google+, Twitter and Facebook