Home / Old House Blog / Is radon gas a threat to your old house?

Is radon gas a threat to your old house?

On a distant corner of my grandparent’s farm, there was a slab of concrete in the middle of a field. When I was very young, I fancied it was a landing pad for aliens. When I finally asked my grandfather what it was, he told me it was the basement of an old house, one that had been torn down many years before.

So much for that alien theory.

But my grandfather cautioned me not to play there, because there was something even more sinister lurking, something that was just as invisible as aliens from other planets. Radon, an odorless, colorless and tasteless gas, was in the soil underneath and around the basement. 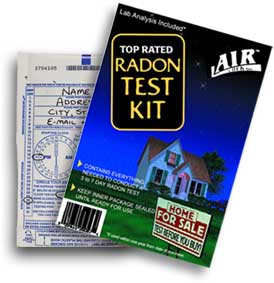 Understanding what radon is

Radon is created by the natural breakdown of uranium in soil, water and rock. If this happens out in the open, the radon quickly dissipates and poses no risk. The problem arises when radon gets trapped inside a structure. Radon levels can build up to a point where they are dangerous for humans. In fact, radon gas is considered the second leading cause of lung cancer in the United States.

New construction homes can be properly ventilated to direct radon gas out of the living area and into the open air. But houses built before 1970 probably don’t have any sort of mitigation system in place, as the gas wasn’t considered a threat until studies were done in the 1970’s. The true implications of radon buildup in homes weren’t known until 1985.

The highest concentrations of radon are found in the Appalachian Mountains, Pennsylvania and Iowa, but radon can cause problems anywhere, as evidenced by the abandoned basement on my grandparents’ farm in Kentucky.

What to do about radon in your old house

The test for radon is very simple and inexpensive. Some states offer radon testing programs for free. The test entails hanging a radon-sensitive packet in the lowest livable level of your home for several days, then sending it in to a lab for analysis.

The EPA has in-depth information on radon, including information on how to get a test kit and what steps to take if your old house does test over the acceptable limit for radon.

If your home has high radon levels, don’t panic. This is something that can be remedied. The EPA approves numerous methods, including radon sump systems, improved ventilation techniques and sub-slab depressurization. There are also a few do-it-yourself radon mitigation options you can try, but you must closely monitor radon levels if you go this route. Professional mitigation costs vary depending upon the area and the situation with the house itself; however, expecting to pay between $500 and $1,500 for mitigation is a good rule of thumb.

Most radon mitigation requires the help of a professional. Some states require radon mitigation contractors to be licensed, registered and certified, while others have more relaxed requirements. Contacting your state radon program can give you more information about what to expect from mitigation experts in your area. Be sure to check them out before you hire them, just as you would with any contractor.