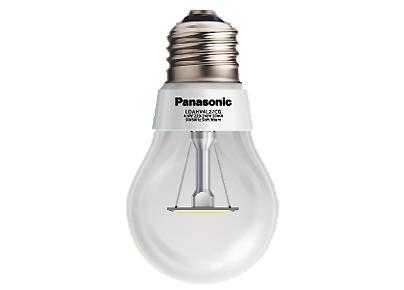 Energy efficient lighting has been a challenge for historic buildings.  Compact fluorescents with their little squiggly shapes often don’t fit in or are just too darn ugly for many elegant historic fixtures.  Help is fast approaching.  I believe that 2012 will be a watershed year in the history of lighting.

Last year when I toured Frank Lloyd Wright’s Robie House in Chicago, the historic home and museum was undergoing a deep restoration.  Part of the challenge for the Frank Lloyd Wright Preservation Trust was to maintain the integrity of the legendary architect’s vision while seeking ways to reduce the energy consumption of the building.

I asked about how they would handle the energy hogging bare-bulb sconces.  They answered that they would have to compromise.  When the home was not open to the public they would use only the lights in enclosed fixtures that used CFL bulbs.  The bare-bulb sconces would keep their energy-hogging filament bulbs but would only be turned on during special events.

I’ve said many times that weaning old homes off of dirty fossil-fuels is a precondition to preservation.  So, as one who believes there is no way to separate sustainability and historic preservation, I’m thrilled at the new choices available on big box store shelves.

One exciting new entrant into the LED market is the Panasonic “Filament” LED.  It’s designed to look like a traditional filament light bulb but uses only a tiny, tiny fraction of the energy.  It won the 2011 Good Design Gold Award at this year’s Good Design Award show hosted by the Japan Institute of Design Promotion.

It’s a traditional screw in bulb, uses only 4.4 watts (almost 80% less than it’s incandescent counterpart), and it has a soft, warm glow (for you lighting geeks . . . that’s a 2700 kelvin light temperature).

Perhaps the most impressive feature of this bulb is it’s endurance.  It is designed to provide 40,000 hours of light!  For the average user this bulb will last 40 years!

Unlike CFLs, LEDs deliver 100% of the light instantly. So no need anymore to wait a warm up of the lamp. You can finally truly use it in a staircase or bathroom or wherever the light needs to be switched on 100% instantly.  And they are dimmable and contain zero mercury.

Since this bulb is meant to replace a 20 watt incandescent bulb, it’s great for bath, kitchen or other locations with multi-bulb fixtures.