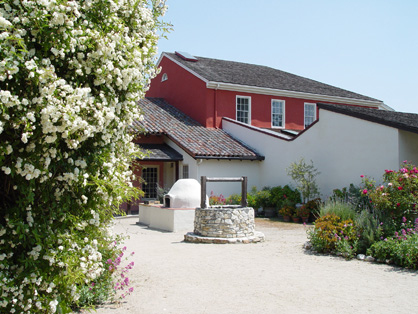 I am one of those people who are curious by nature; I wonder why National Pancake Week is in February, and why we need a week to celebrate pancakes? I wonder the same about National Pizza Week in January, and March being National Noodle Month, and why noodles get a month while pancakes and pizza only get a week? So being an old house enthusiast and a believer in historic preservation, I naturally wondered about May being National Preservation Month–how did it come about, who was behind it, is it a commercial ploy or is the organization behind it serious about what they are doing? I was pretty impressed by what I found.

The National Trust for Historic Preservation was founded in 1949 and since that time has been active in helping to preserve the historic structures of our country. The first historic old house they helped save was Woodlawn Plantation in Alexandria, Virginia. Woodlawn was built in the early 1800s on 2,000 acres donated by George Washington, and the National Trust for Historic Preservation obtained the property in 1952. Woodlawn has undergone an extensive restoration, and since then the Trust has purchased or been given twenty-eight other historical properties across our country.

The properties include Drayton Hall in South Carolina, a property which was first purchased in 1738. The old house was obtained by the Trust in 1974 and is considered an historical artifact. The home is being restored not as historians believe it once was–but due to extensive records–as it actually existed.

On the other side of the country is the Cooper Molera House in California. The home dates to the era before California became a state, when the area was still considered to be Mexican territory. John Rogers Cooper was originally from New England, but moved to the great unknown of the west coast seeking his fortune and married into a Mexican family. He eventually became a successful sea captain. The Trust was instrumental in saving the old house and restoring it during the 1980s.

There are twenty-seven other historic old houses that the Trust has played a large part in saving, and their stories are all just as interesting as these three historic structures.

I know that pancakes and noodles are important to people, but the preservation of our country’s history is important not only for us–it is important for those who follow us and can help them understand how our great country came to be.