I’ve been following the progress of the big tax bill that’s been inching its way through the Senate the last couple of weeks. I like to keep somewhat informed on current events, because while I believe our legislative system is without a doubt the best in the world, from the outside it can make for entertaining reading at times. I did get a surprise this week when the headline of an article about the tax bill in the Wall Street Journal mentioned energy tax credits. 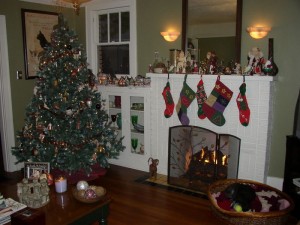 This tax bill, like much of the legislation that moves through Congress, has a lot of small addenda added to appease various groups in hopes of getting a passing vote. Evidently at one point in time, a one year extension of the federal tax credits in place now was a part of this bill. Those are the same tax credits discussed several times in this blog that can be used for up to 30 percent of the cost of various methods of making your old house more energy efficient. The cap on the benefits as it stands now is $1,500. Under the new tax bill–and according to reports–it should pass in the Senate on Wednesday. The available credit amounts have been lowered, but they will still be extended.

The new Federal Energy Tax credits will cover up to 10 percent of the costs of making your old house more energy efficient and have a cap of $500. If you use the credit for new windows that qualify, the cap will be $200. The article doesn’t mention if the same upgrades that were covered in the current credits will be covered by the new legislation, but I would imagine they would. The program isn’t as generous as the current one, but it’s better than nothing. It can still amount to $300 of the cost of a new $3,000 pellet stove.

If You’re Heating Your Old House with Wood this Winter, Buyer Beware 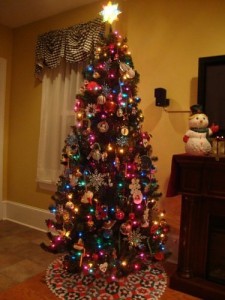 Speaking of energy I had to laugh when I read a recent article in USA Today about firewood buyers getting taken advantage of by sellers. I haven’t had a wood burning fireplace in 20 years, but I can still remember the tricks some firewood sellers used to put over on naive buyers. I don’t think I ever had a pickup truck show up with a cord of wood that didn’t have a tire that looked like it belonged on a tractor-trailer in the bed of the truck under the wood. They must teach that trick in firewood entrepreneur school; the tire makes the wood stack appear to be far more than it actually is and you think you’re getting one very healthy cord of wood. Some things never change.