I try to keep up with housing trends, and I read with great interest a recent article in USA Today that discussed what buyers are looking for in a new home. Based on the picture of the concept home in the article and what buyers are saying is important to them at this point in their lives, it almost sounds like they want an old house. The average size of a new home is steadily headed downward. According to Builder Magazine the average size of a new home in 2008 was 2,520 sq. ft., and now it’s down to 2,100 sq. ft. with many potential buyers stating they would prefer a home around 1,700 sq. ft. 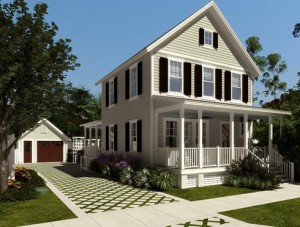 It seems like people are finally realizing what our ancestors knew when building their old houses; smaller homes cost less to build and heat. Our great- grandparents probably didn’t give much thought to energy efficiency, but they knew it took less firewood to heat an eight-room house than it did to heat a home with twenty rooms. A by-product of those smaller old houses was that families actually spent time together during the evenings rather than scattering to the far corners of a home large enough for four or five families.

Not that long ago I was building homes that were 5,000 sq. ft. and larger–in some cases much larger–because that’s what people wanted to buy. I can still recall watching young couples with one or two small children move into those houses. I often wondered how they could afford to purchase them, how they paid the utilities and taxes, and what they did with all that space. I live in an old house with about 1,400 sq. ft. and don’t use all the rooms so I could probably have lived comfortably in the master suites of some of those houses. 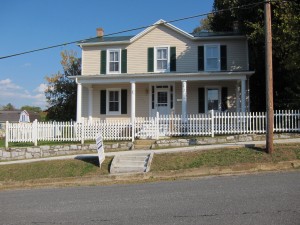 Evidently one of the features many buyers want on their new homes is a front porch for relaxing on summer evenings and establishing a sense of community with their neighborhood. Where have I seen homes with front porches before? I can take a stroll around my town and see them on the front of just about every old house and many of them have the porch swings I wrote about several months ago. New buyers are placing more importance on family time and want rooms where their families can spend an enjoyable evening together.  Showcase rooms that were in demand not that long ago such as formal living rooms, media rooms, and elaborate master baths are not so popular anymore. The last several years have been tough for a lot of people, but we may have actually learned some important lessons; bigger isn’t always better, and many of the most important things in life money can’t buy.