Home / Old House Blog / Foreclosures: What Do the Numbers Mean?

Foreclosures: What Do the Numbers Mean?

By: Conrad Neuf , Contributing Writer
In: Uncategorized, In The News
2
Comments

I worked with numbers daily during my construction career. It seemed like I was always figuring up budgets for new homes or buildings, trying to decipher a contractor’s invoice, or preparing an estimate for a remodeling project. If you know what you’re looking at, numbers can tell a story.  They can show if a project is on track to a profit, if some slight adjustments need to be made to avoid a loss, or whether everything on the project has gotten completely out of control. I recently saw some numbers everyone should give some thought to–the number of foreclosures last year. 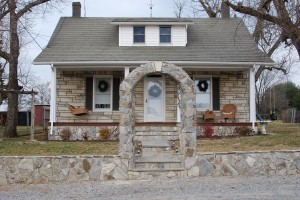 A million used to be a large number; if I heard someone had a million dollars 30 years ago, I considered them to be well on their way to a prosperous life. Yet for some reason one million has lost a little of its star power since then; perhaps it comes from hearing billion and trillion figures thrown about so casually. However when I read that about a million houses were foreclosed in 2010 and that more than a million homes are expected to go through foreclosure in 2011, I can’t help but think about how large those numbers are.

I know I touched on foreclosure numbers in an earlier post, but these numbers are so large they can be difficult to comprehend. Many people consider 2005 to be the height of the housing boom and there were 1,715,800 new houses built that year according to the National Association of Home Builders (NAHB). Between 2010 and 2011 there may be more than that number taken back by lenders. The U.S. Census Bureau reports that in 2009 there were 2,084,232 housing units in South Carolina. They define a housing unit as a single family home, apartment, or town home; and if every housing unit that existed that year in South Carolina had been taken back by a lender, it would approximate these foreclosure numbers. If you think one state isn’t that bad, the same census data shows that all the housing units in South Dakota, North Dakota, Nebraska, Montana, and Wyoming that same year add up to about 2,108,717 structures. 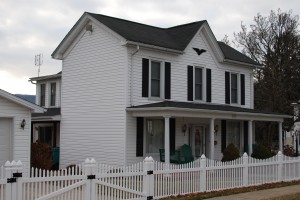 In 2010 one in every 11 households in Nevada received at least one foreclosure notice. I received my revised real estate tax assessment this week, and my home and lot have dropped in value by half of where they were a couple of years ago. My town and county are already talking about tax increases to make up the difference. Illinois just passed a large tax increase to make up for their huge deficit, and I anticipate other states following suit in the near future. Somehow I don’t think increased taxes are going to help people keep their homes, and rapidly dropping values are going to make them nearly impossible to sell. I may not be an economic wizard, but I know if some of these numbers don’t improve, the economic recovery I keep reading about may be a long time coming.