It was almost a year ago that I wrote about the historic old house preservation programs that had been implemented in several states. They’re called historical curatorships and involve a family restoring and maintaining an old house in return for rent free living over a period of time. In many cases the lease is for 25 years, but I have read about some that are for as long as 50 years. At the end of the lease the family normally has the option of renewing so they can continue to enjoy the fruits of their labor or moving. The programs aren’t about rent free living as anyone participating is going to be sinking a lot of their labor and money into the property they’re leasing. They are about saving old houses and an enjoyment of restoration projects. 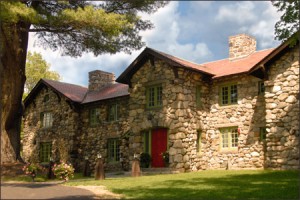 If you are accepted into one of the programs, you’ll normally be given a schedule of tasks to accomplish within a certain period of time to meet the terms of the lease. A couple living in a historical old house in Massachusetts had to have the roof repaired within a year of occupancy and need to build a new barn by the seventh year. Many of the homes have been unoccupied for a long time and are in an advanced state of disrepair. The programs came about due to the states not having money in their budgets to maintain the homes until they could be renovated. Rather than allowing the historic old houses to suffer demolition by neglect, the state administrators were forward thinkers and established their curatorship programs. 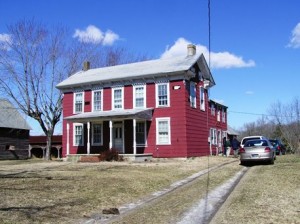 A county in Delaware was starting the program when I wrote the post last April and programs in Massachusetts and Maryland had already been operating for a few years. A year later all three programs appear to be successful and there are lists in each state of homes awaiting curators. North Carolina has a similar program up and running with the assistance of Preservation North Carolina. There are rumors of programs being started in Vermont and Pennsylvania, but evidently they haven’t been established yet.

A former president of the Lower Makefield Township Historic Commission and the Lower Makefield Historic Society already has the first old house picked out for Pennsylvania’s curatorship program if it begins operating. Helen Heinz has a doctorate in American History and specializes in Pennsylvania history as a college professor. The Satterthwaite House in Bucks County may date back to 1732 and she feels it might be perfect for a curator interested in saving the home in return for free rent.

Old house lovers who enjoy DIY projects might want to do further research on some of the great homes available through these programs and encourage other states to establish similar curatorship preservation plans.