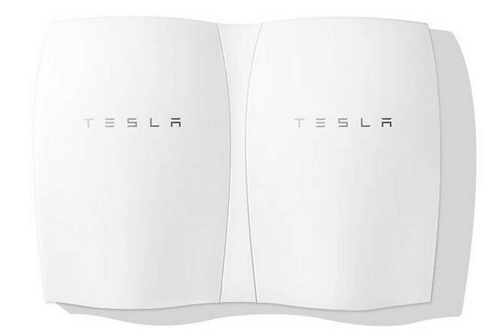 Utility companies work on a centralized model, and for one hundred years have relied on legal monopolies to ensure that they make a profit. They build giant, central, and unhealthy power plants designed to meet demand on the hottest and coldest days of the year. They can adjust to changing energy needs and they aren't interested in sharing the profit with you.

In the past several months, the end of the old-school energy monopolies has come into plain site. Very soon you will be able to be your own energy producer and store that energy to use whenever you please.

A while back, I wrote that Tesla, the meteoric Silicon Valley electric car company, was working on batteries for the home that would change the way we use energy.

Tesla has now sent shockwaves through the industry with their recent announcement of the Tesla PowerWall batteries for home and commercial use. For a surprisingly low $3500, you can now buy a battery pack capable of storing 10kWh of energy. That's about the price of a gas powered backup generator. The impact of this can't be overstated.

Tesla wants to make your home a "virtual power plant."

Tesla's website boasts that the "PowerWall is a home battery that charges using electricity generated from solar panels, or when utility rates are low, and powers your home in the evening. It also fortifies your home against power outages by providing a backup electricity supply. Automated, compact, and simple to install, PowerWall offers independence from the utility grid and the security of an emergency backup."

With a 10kWh battery you could shift some of your unused solar energy for use during morning and evening hours when you typically use more energy. You can also shift the time-of-day usage from the grid and avoid paying peak use charges in areas that charge more during certain times of day. By 2 PM today my solar array had already generated enough energy to fill two Tesla PowerWall batteries (20kWh). 20kWh would be enough to run ALL of these items in our house:

That's just from the solar energy produced in 1/2 a day. Not bad news for you. But not good news for your utility company if they don't come up with an innovative plan for adapting to the new energy technologies.

It's important to note that this technology isn't about getting you "off-grid". It will be more like "on-network." In the very near future your energy supply will be more like the movement and storage of energy in the natural world. Harvesting energy will be adjacent and distributed rather than distant and centralized. Like the leaves of a tree, energy will be harvested for where it is used.

In Toronto, Canada, the municipal utility company is implementing what Tesla founder Elon Musk is calling the "Internet of Energy." They are installing solar panels to produce energy and compact batteries for storage in twenty single family homes in a Toronto neighborhood. The goal is to create a prototype for a network of "neighborhood power plants."

Using smart power management software, the neighborhood power plant can tell the batteries to start storing energy if the weather forecast indicates a severe storm approaching that could shut down the power grid. Most importantly, most, if not all, of the energy from a single neighborhood power network, could come from renewable power that is free for life rather than from a distant, dirty, and expensive power plant.

There are dozens of companies rushing to market to make it easier for you to be part of the energy future. It's only a matter of time before the cost of producing your own power makes your utility company look like an 8-track cassette.

P.S. Want to keep reading? You can learn more about the Tesla batteries here.