As you may recall, my previous post discussed the possible perils of having polybutylene piping in your old house. In fact, "possible" isn't really the right word - it's just a matter of time until the pipe leaks. So what exactly is poly piping and how do you know if it's in your home?

Prior to 1978, cast iron and copper were the two primary types of piping used for water supply lines in homes. The advantage of using the metal piping was that it often lasted as long as the structure, but there were a few disadvantages as well: both materials were very labor intensive to install and could also be somewhat costly.

Several manufacturers brought a product to the market that was considered to be the water pipe of the future: polybutylene piping. The product became so popular that the International Association of Certified Home Inspectors (InterNACHI) estimates that it was installed in about 6 to 10 million homes between 1978 and 1994. However, production came to an abrupt halt when class action suits began to be filed due to the number of leaks attributed to the material. While never actually admitting that there was a problem with the product, Shell Oil, just one manufacturer, paid out about one billion dollars to affected homeowners. 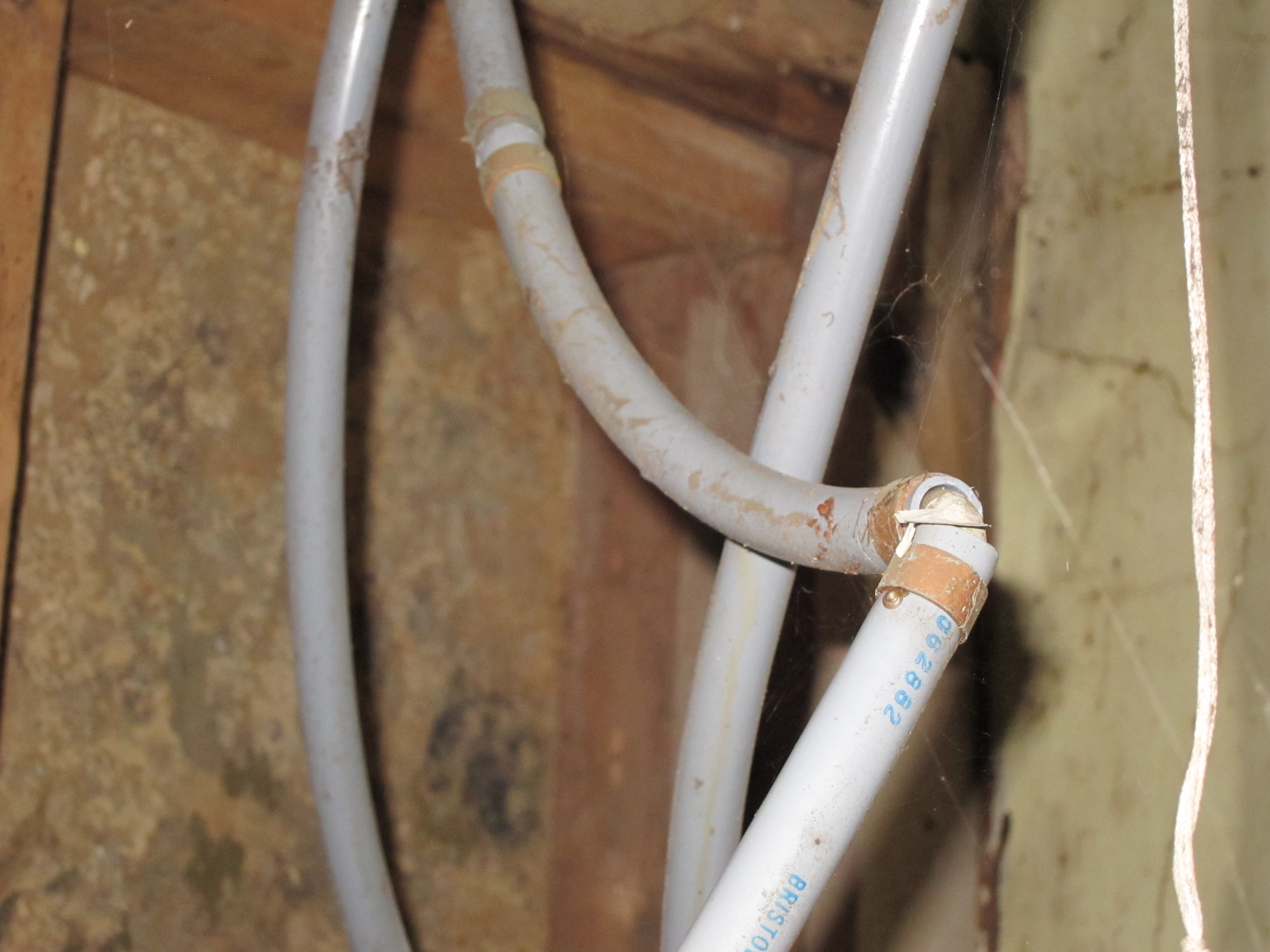 So how do you know if poly piping is in your old house? Well, the material is normally grey and ½ to 1 inch in diameter, but the piping may also be black, blue, silver, or white. In many cases the product is stamped with the code: PB2110. Another telltale sign that you may have poly in your home is if your water lines are flexible or curved rather than rigid like cast iron, copper, or PVC.

What to do if you have polybutylene piping in your home

As mentioned in my previous post, I'm fortunate enough to have poly piping in my old house. When there were only a few minor leaks at connections over the years, I had myself convinced that the pipe might not deserve its bad reputation. That all changed a couple of months ago when two lines suddenly sprang leaks causing extensive damage to sheetrock, plaster, and hardwood floors. 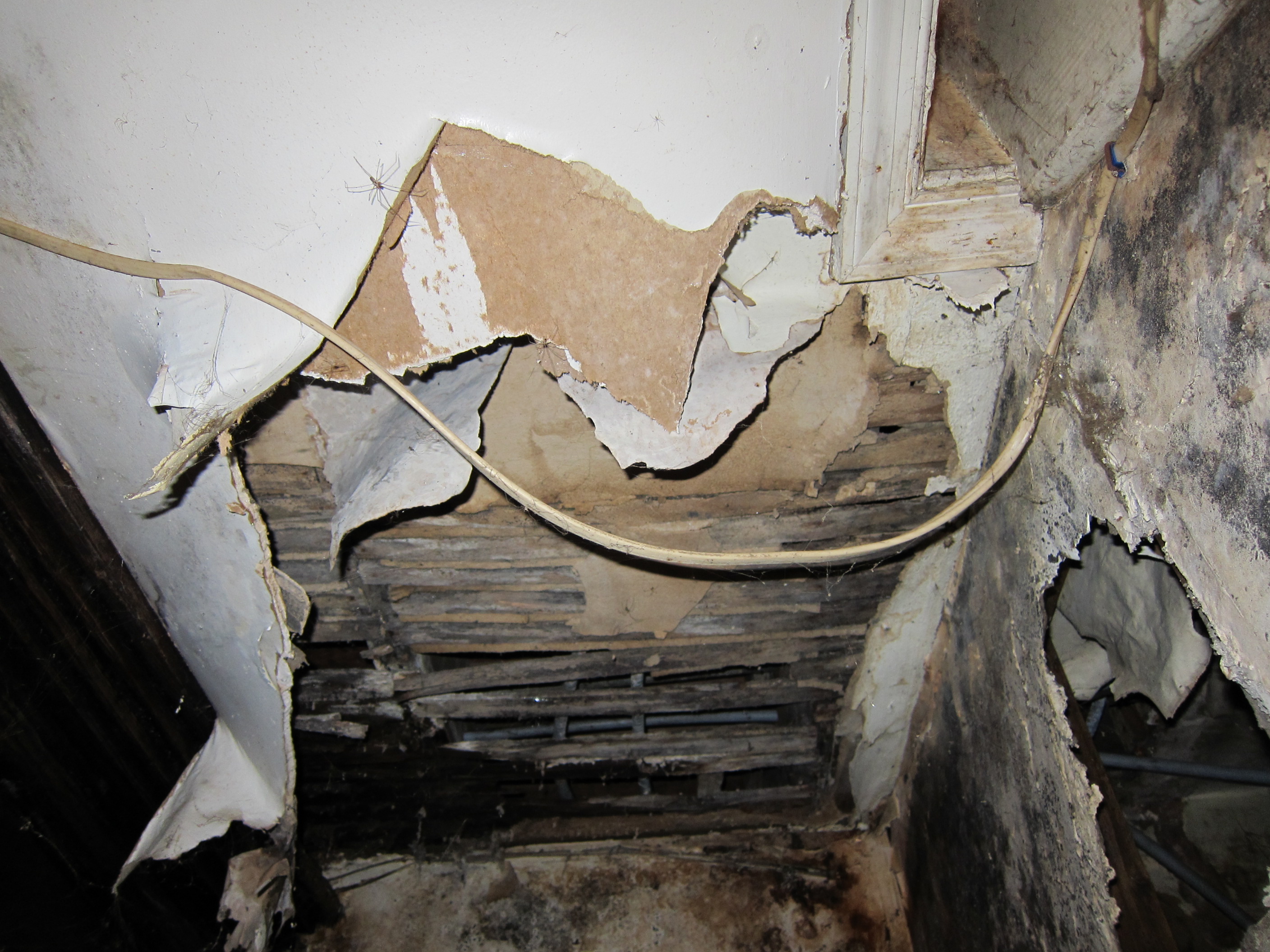 The problem spots were nowhere near connections, causing me to surmise that the pipe may have been weakened by the chemicals in my town's water supply. If that's the case, it's probably just a matter of time before other places in the same lines and the rest of the poly pipes in my home begin to fail. So what's the solution? Well, the permanent fix is to replace the poly with copper, PVC, or PEX, a product that appears to be DIY-friendly.

Unfortunately, my schedule doesn't allow taking on a project of this magnitude in the immediate future. Therefore, I've stocked up on a few products for emergency repairs. If you have poly piping in your home and it can't be replaced anytime soon, my suggestion is to get your hands on some Fernco Pow-R Wrap. I used it on my defective pipes a month or so ago and have yet to see even a drop of water where it was applied. The product is available in various sizes based on the diameter of the leaking pipe. 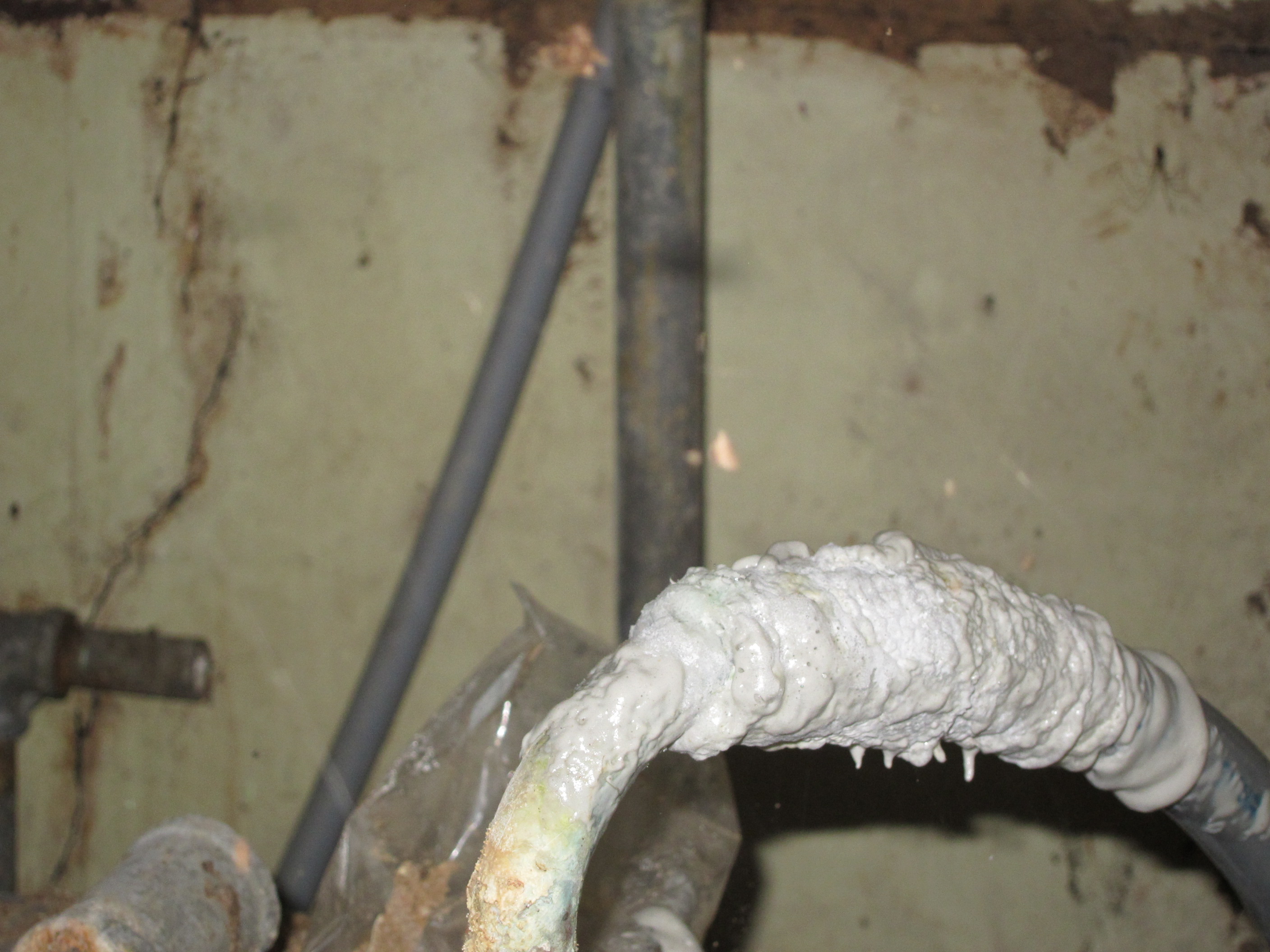 Two other products I purchased but haven't tried yet, and hope I don't have to, are J-B Weld Water Weld and Rescue Tape. All three products are fairly inexpensive and if you have them on hand, may prevent costly water damage to your home. However, the best solution is to replace your poly piping as soon as possible. Remember: it's not a matter of if they're going to leak, it's just a matter of when.