What's the worst thing that happened at your home over the holidays?

Fans of the movie "A Christmas Story" might say that having a pack of dogs devour the Christmas turkey has to rate near the top. While I agree that's pretty bad, having a toilet go on the fritz during the season can put a severe damper on holiday spirits as well -- especially when the fixture is in an old house with ancient plumbing. 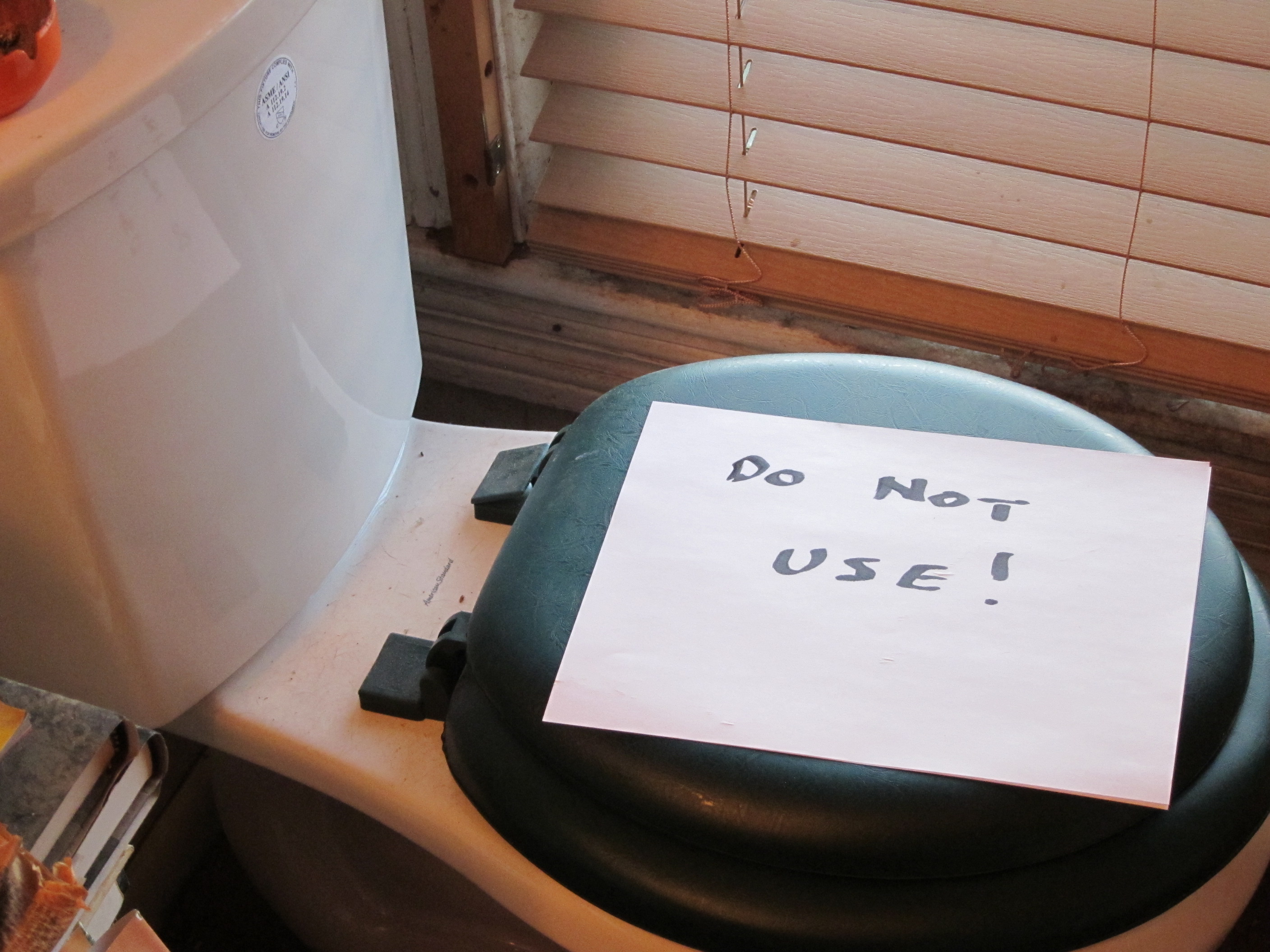 A clogged toilet during the holidays can be a major inconvenience

Fixing clogged toilets: a task perfected from years of experience

I consider myself to be somewhat of an expert when it comes to fixing clogged toilets. Of course, I've had plenty of experience with standard blockages that can normally be corrected by using a simple plunger or hand-auger. However, many years ago when my children were quite young, they decided to challenge me: I began encountering clogs that couldn't be cleared no matter how much plunging was done.

When I pulled the toilets, among other things I began finding were toy cars, plastic dinosaurs, and dolls wedged up in the bowls' traps. If you've never had the opportunity to reach your hand up into the underside of a toilet, you're truly missing out on one of life's great experiences. Fortunately, this phase of childhood only lasted several years, but it was long enough that I became quite adept at removing and re-installing the toilets in my home.

Along the way I also discovered a few quirks in the old house's plumbing: one bathroom had old cast iron waste lines while the other had been updated to the more modern Schedule 40 PVC piping. Even more unusual, the house had two main waste lines that exited to the town's sewer line in the street. One of the lines was modern and handled the kitchen, powder room and laundry. However, old clay piping was still used to drain the upstairs bathroom that had the cast iron waste lines.

When I realized my upstairs toilet was clogged over the holidays, I immediately reached for my trusty plunger and hand-auger -- after all, they had helped me out of many plumbing jams in the past. Unfortunately, they let me down this time as the water level in the bowl refused to drop. I didn't pull the toilet as I couldn't imagine what might be inside creating a blockage -- my children are adults now.

While the out-of-service fixture was a major inconvenience, it was also a bit of a conversation starter -- always a good thing when you have guests visiting over the holidays. I heard about remedies that couldn't fail such as pouring hot water into the fixture. When I mentioned that that had already been tried, my guest said that I must have done it wrong.

I did hear a very amusing story about how a newly married woman had poured a bowl of vegetables into the toilet because she was afraid they might clog up the kitchen sink while her new in-laws were visiting. Unfortunately, the vegetables were for a dish her mother-in-law was preparing and while they didn't clog the sink, they did create a blockage in the toilet. As you can imagine, she had a bit of explaining to do when her husband pulled an eggplant out of the fixture's bowl.

In my next post I'll share how I tackled my old house's blocked sewer line by bringing in the beast: an 80 pound power auger.