One of this blog’s regular readers recently commented about the brick on some of the old houses I had written about in Lexington, Va. He mentioned how beautiful homes with brick were and wondered why brick wasn’t used as much on modern houses. I have to agree with him on the beauty of brick–it’s one of the few exterior building materials that seem able to convey a sense of warmth and durability at the same time. I would probably have to include stone in that category as well. 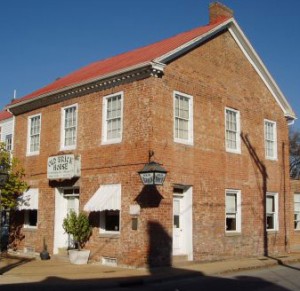 I hadn’t really thought about brick not being used as much anymore as there is still a lot of brick being used in my part of the country–or at least there was when people were still building houses. There are many old brick houses in the area, and I guess a lot of builders and homeowners have continued the style over the years. I do know that in many cases brick is only being used on the front elevation of modern homes as the material has become expensive to purchase and even more so to install. The other thing I’ve noticed is that modern brick just doesn’t have the same appearance as the material found on old houses.

Reclaiming the past by recycling old brick

Modern companies have done their best to make their new brick look weathered and old. You can buy brick with rounded edges that appears to have been made from old molds and even with a few corners missing, but it just doesn’t look the same. Perhaps all it needs is to be installed on a home and exposed to the elements for a few hundred years. But if you’re doing some remodeling around your old house and don’t want to wait a few hundred years for your brick to look ancient, you may have another option. 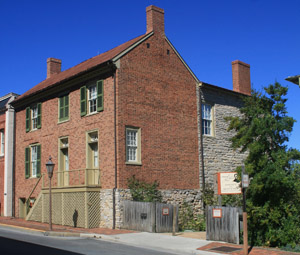 I’ve written about people who reclaim lumber from old houses and there are outfits that do the same with brick. Companies such as Old Mississippi Brick, Gavin Historical Bricks, and Vintage Brick Salvage scour the country looking for buildings and homes with salvageable old brick that are about to be torn down. The brick is hauled back to their yards, cleaned up, and can be shipped to just about anywhere in the country. If you want to do some interior veneer work in your home, a couple of the companies even offer sliced down thin brick.

I’ve never used materials from any of these companies and can’t personally endorse them, but I’ve had good experiences with people who are dedicated to recycling the past. I know I would definitely purchase old brick from them if I ever have the opportunity.