Old Towns: A Story Behind Every Building

There may be light at the end of the tunnel after all. Some of the experts have been claiming the recent increase in housing sales contracts has been due to foreclosures being dumped on the market, but right before Christmas four of the old houses in my neighborhood sold. They had been sitting empty for well over a year, and new families just spent their first Christmas in them. I happened to be in a new home community this week while contractors were pouring foundations for several homes, and a few empty lots had new “sold” signs on them, which may indicate things are picking up somewhat. 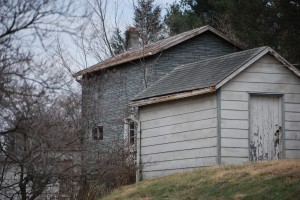 When I was driving through the community of new homes, I couldn’t help but think of how different it was from where I live. The homes were all very nice with their vinyl siding and brick or stone fronts, but other than colors they all seemed to look the same. There didn’t seem to be any of the character that old houses and old towns have which Mark Clement talked about in his recent post.

The world is full of different types of people, and I’m sure many of the people who live in that new community would think my old town is full of homes and buildings that would look better in a landfill. I look at those same structures and wonder about the history behind them and how they came to be. Behind one of the old houses that recently sold is a two story building that looks like some sort of small house. I’ve looked at it for 20 years and only recently discovered that a past owner maintained a shoe shop in the building up until the early ’60s. He kept his supplies on the first floor and made shoes for the local townspeople on the second floor. The cobbler has long since passed away, but the building is still somewhat standing. 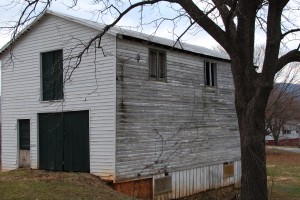 In the Center of my Old Town

When I was out walking today I passed an old barn in the middle of town. I’ve often wondered what its story is as there are no fields nearby and there don’t appear to have been any for a very long time. Yet the barn still stands and with a little paint might look almost new again. If I had to guess, I’d say it’s at least 100 years old. I might be in the minority, but I’ll take my old town and its character over a new community any day of the week.