Preservation fees for new construction could save historic homes

We’re in the middle of celebrating National Preservation Month, but there’s a bit of a damper on the festivities this year.  The President and Congress are searching for solutions to our country’s tremendous budget deficit, and many federal programs are facing the possibility of having their funding reduced or completely eliminated. The dilemma that Congress faces is that very few people or companies want to see their taxes increased, and just about everyone has favorite federal programs they don’t want to see reduced. 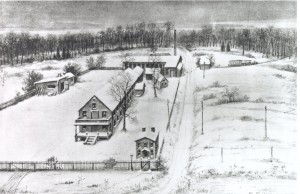 Unfortunately, something has to give, and two federal programs that face having their funding eliminated are Saving America’s Treasures and Preserve America. Saving America’s Treasures provides resources for preserving old houses and buildings across the country.  They’ve been involved in the restoration of historical properties such as Thomas Edison’s workshop and the summer cottage used by President Lincoln and his family during their White House Years. Preserve America primarily provides funding for preservation planning.

Federal funding in Fiscal Year 2010 was about $25 million for Saving America’s Treasures, and Preserve America had about $4.6 million made available for its use.  However, as things stand now these two programs may have no federal funding for the preservation of historical homes and buildings in FY 2011.

How about preservation fees?

So will state governments step in to help?  I wouldn’t hold your breath — most states have their own budget problems to overcome.  I’ve already written about California’s preservation woes and the temporary closings of some of their state parks.  One solution for historic preservation of residential properties might be the curatorship programs that seem to be working so well in a few states such as Maryland, Delaware and Massachusetts.  I still don’t understand why more states aren’t adopting this great method for saving old houses. 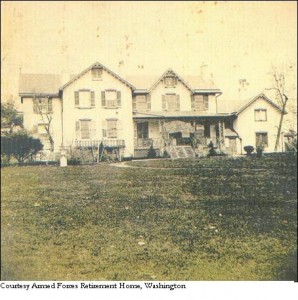 But here’s another thought — how about charging residential and commercial developers a preservation fee ?  I know that many builders are going to scream that they’re having tough times as it is right now and can’t afford any more fees, but I heard the same thing during the ’80s when some localities began charging builders upfront availability fees to run water and sewer lines to their sites. Somehow, builders were able to overcome those costs and experienced some pretty good times over the next decade or so.

The National Association of Home Builders reports that in 2010 there were 587,600 single-family and multi-family homes started. If each of those building permits charged a $30 preservation fee, over $17 million could have been raised to save historic houses and buildings. Add a preservation fee for every commercial building permit issued, and I feel confident Saving America’s Treasures and Preserve America would have had decent operating budgets for FY 2011 without it costing taxpayers a cent.  The fee could even be based on a percentage of total estimated cost of the building or home.

The concept of a preservation fee is simple — if you want to build something new, help preserve something old.