I’ve written before about the “can do” and “make it happen” attitudes many preservationists seem to have and those traits were put on display once again in Mountain View, California. The Bakotich House is an old Victorian built during the 1880s and thought to be the second oldest home in the city. Members of the Bakotich family lived in the home for over a century until the last family member to occupy the old house passed away in 2007. The property was purchased with the plan of moving the home and constructing a senior condo community on the lot. Everything seemed to fall into place when a lady who had always admired the old home happened to have an empty lot across town where she had planned to build a home and she jumped at the opportunity to volunteer her lot for the Bakotich House. 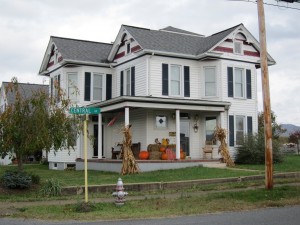 Unfortunately the costs to move the old house that distance were prohibitive so the condo project investment group had to come up with an alternate plan. The group understood the historical significance of the home to the area and had no desire to have it torn down–take heed all aspiring real estate developers–so they redid their plans to incorporate the old house into their condo development.

Some later additions to the home will be removed to take it down to its original size and the old house will be moved to the front of the property to act as a guest house for the residents of the condo community. It seems like such a simple, logical solution and a winning proposition for all involved, but I’ve seen and read about so many similar situations where this arrangement is never considered. I won’t say most, but many developers want to get every single dollar out of their land and an old house sitting there as a guest house isn’t going to generate the income that another condo building might. My hat’s off to the investment group and the local preservationists for “making it happen.” 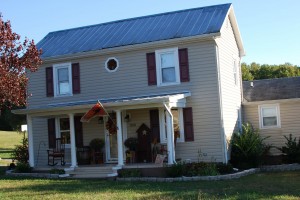 I Can Smell the Food Cooking

I happened upon an article on OldHouseWeb.com today that brought back a lot of memories. While my old house Thanksgiving memories don’t go back quite as far as the photos that accompany the article, they go back quite a ways. I’ve celebrated Thanksgiving in a lot of places over the years, but nothing has come close to the holidays spent at my grandparents‘ old house during my early years and then my parent’s old house as I grew older. I can still smell the great food cooking, hear the football games, and see everyone bustling around enjoying the time spent together; one nice thing about memories, they can stay with you forever.