Preservation Stories for the Holiday Season

As I sit here looking at the long range weather forecast and wondering if the chimney sweep is ever going to find my old house, I thought I’d start the holiday season off by relating some happy historic house preservation stories. I learned a long time ago that dealing with contractors in a rural setting is much different than a large metropolitan area like Northern Virginia where I used to work. Around here when a contractor tells you they’ll be there tomorrow, they mean sometime next week unless something else comes up. When it’s hunting season like it is now; tomorrow could mean the first available day after Christmas. 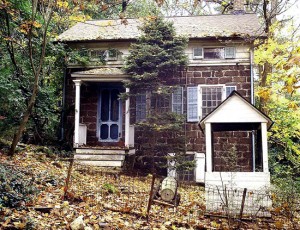 On Maps Since 1776--photo from northjersey.com

The Naugle House in Fair Lawn, New Jersey, is shown on maps dating back to 1776 and may have once hosted the Marquis de Lafayette. The old house and the 1.76 acres it sits on were purchased by a developer in 2004 with the intent of tearing the home down to build on the land. The local borough has been fighting for the past 5 years to prevent the demolition and they just finished purchasing the home and property for 1.7 million dollars.

The purchase was partially funded by a local tax increase that was voted on and passed by the families  in the borough who didn’t want the historic home torn down. Before you start thinking the developer came to his senses and did the right thing–,not quite as he purchased the home for $960,000 in 2004. I have a tough time believing the property appreciated that much over the past six years given the state of the economy, but the historic house is saved and will become a park. 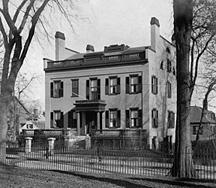 The Waterfront Historic Area LeaguE (WHALE) is a preservation organization dedicated to saving the historic homes and buildings of New Bedford, Massachusetts. The Howland House was a mansion built in 1834 by a prominent New Bedford whaling family and it became a neighborhood landmark. In 2005 the house had a substantial fire (chimney?) that destroyed the roof and parts of the second floor causing it to become uninhabitable. A developer purchased the property, but allowed it to deteriorate until the only options were an expensive restoration or demolition. The local court didn’t want to see the historic home destroyed so WHALE was allowed to purchase the home and is working to fund a complete restoration.

The economic downturn has caused a lot of problems for families and our country as a whole, but one bright spot is that developers aren’t quite as quick in tearing down old houses these days and the delay seems to be saving quite a few of them.