Preserving the past while moving into the future

One of my favorite areas in Virginia is Rockbridge County and the City of Lexington. I had never heard of Lexington until 1972 when I decided to attend college there. Since then Lexington has seemed like a second hometown. If you like history and old houses, there’s enough of both in Lexington to keep you busy for at least several weeks. I wrote before about Waterford, Va. and its success with preserving its past, but Lexington’s story is a little different. Waterford is full of beautiful old houses dating back to colonial times and because it’s a small village, it seems content with everything remaining the same. 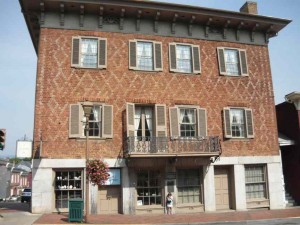 Lexington is home to two distinguished schools, Washington and Lee University and the Virginia Military Institute (VMI). While it’s preserving its past, the city is also moving into the future. I don’t get down there often, but it seems like every time I visit, one of the schools has expanded or renovated some of its buildings. The city and surrounding area have continued to grow as retirees are attracted by the schools’ cultural activities, the low cost of living, and the natural beauty of the Shenandoah Valley.

With all the growth, Lexington has still managed to preserve and embrace its past. Robert E. Lee became the president of Washington College after the Civil War and Lee Chapel is still standing on the campus of the university that now includes his name in its title. Thomas Jackson was a professor of philosophy at VMI in the years before he went on to fame during the Civil War and became better known as “Stonewall.” The only home he ever owned served as a hospital for many years, but has now been restored to the condition it was in when he put down his books and picked up his saber. 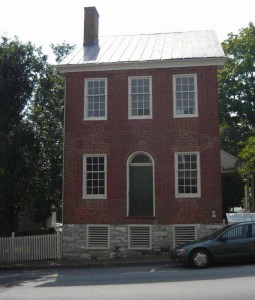 Main Street is still lined with historic old houses and even though most of them have gone through restorations, if you look closely, you can still see where Main Street was lowered by as much as ten feet many years ago. The Alexander-Withrow House was built in 1789, and a doorway on the second floor that opens on to a porch was once at street level. The difference in elevation on the Jacob Ruff House isn’t quite as severe, but you can still see how street level has changed.

If you’re ever in the area, Lexington is definitely worth a side trip to see the old houses and take in the history of the area. A special attraction during the spring and fall are VMI’s Friday evening parades when cadets march on the parade field much as they’ve done every year since the Civil War. I know they’re special as I participated in them many years ago. Lexington, Va. is a great example of a city preserving its past while moving forward into the future.