Home / Old House Blog / Recession Over For Whom?

Recession Over For Whom?

I’ve been able to sleep a lot better the past week after hearing the news that the recession officially ended over a year ago. I’m sort of surprised no one noticed it earlier; it must be a relief to quite a few people like the almost 10 percent of the working population who are still looking for jobs. The 93,777 families who had their homes seized by banks in August are probably pretty happy to hear the recession is over as well; if only someone had told them sooner. New home sales were down almost 30 percent in August from where they were in August 2009, which wasn’t exactly a strong month to begin with; so where exactly can we see evidence that this recession has officially ended? 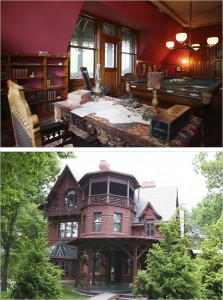 I’m not an economist and I didn’t sleep at a Holiday Inn Express last night, but I sure don’t see any signs that the economy is improving. I still read about California having problems keeping its historic old houses open for the public to tour and Mark Twain’s historic home in Hartford, Connecticut is still dancing around foreclosure and hoping for help. Edith Wharton’s historic old house in Massachusetts was facing foreclosure a year or so ago and may not be out of the woods yet. I’m sure there are many other historic old houses that are either in foreclosure or facing it; many of these homes owned by preservation organizations rely on donations to survive and if people don’t have any extra money, there may not be enough money coming in to keep the doors open.

People can talk all they want about the recovery being underway and the recession being over and maybe it is for all the corporations that received assistance allowing them to continue in business, but until the unemployed have jobs and the employed are comfortable their jobs are secure, the economy is going to struggle. But what do I know; I’m obviously not an economist as I thought we were still in a recession. 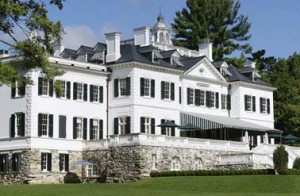 This isn’t really an endorsement as I haven’t used Weather Shield’s HR175 windows that were developed for historic renovations, but I have used regular Weather Shield windows in the past and they are very good. I was doing research for a window article and also looking for some wood windows for my old house when I came across their website and they seem worth looking into. I’m interested in seeing one in real life as one of my pet peeves has always been the wide mullions of modern true divided lite windows. These HR175 windows supposedly have historically accurate 7/8 inch mullions which is what I believe my old windows have. If anyone has used these windows, please let me know.