I purchased my old house in December of 1990; it’s hard to believe 20 years have flown by so quickly. I find it even harder to fathom that not only is the house 20 years older, but so am I. It seems like yesterday that I was unpacking, heading out to buy a tree, and celebrating my first Christmas in the house. I remember showing my parents through my home while I talked about all of the restoration projects I had planned for the old house and their asking when I thought I was going to have the time. And now here it is 20 years later and they were right; they knew me and probably still know me better than I know myself. 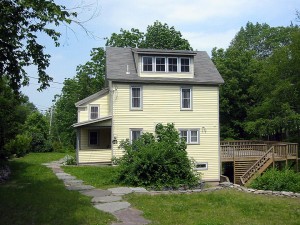 Over the last 20 years I played a part in remodeling and building hundreds of families’ homes, but only managed to do a few of the projects I had planned for my own. Part of the problem was motivation–as I mentioned in a previous post; when I was working six and sometimes seven days a week on other people’s homes, I sometimes found it difficult to motivate myself to work on my old house. Another part of the problem was funding for my restoration projects, as with two children growing up and heading off to college, there always seemed to be other priorities for where money needed to go.

I believe all of the issues (excuses?) holding me back are behind me now and I’m finally ready to take on those restoration goals. I’d better get them done in the next 20 years because the house might be in good shape beyond then, but I doubt I’ll be. I sometimes wonder what would be possible if I didn’t have to worry about time or money, and I recently read about a few restorations where evidently neither was an issue. 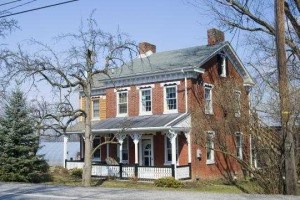 If you eat chicken, you’ve probably heard of Perdue Corporation. I grew up watching Frank Perdue do his commercials on Washington, D.C. television stations.  The company is located in Salisbury, Maryland, and the old house where Frank’s father started the company in 1920 has recently gone through a $200,000 restoration. The home is still in the family and will continue to be.

An 1840s Greek Revival home in eastern Pennsylvania was the subject of one of the nicest restorations I’ve read about in a while. I can’t imagine how much time and money went into the old house and barn, but it’s pretty impressive. The exterior paint job on the home is so nice I thought it was vinyl siding at first. The exterior of a mid-1800s home in Franklintown, Pennsylvania, is pretty nice, too; beautiful trim work.