Home / Old House Blog / Save this old house in Chicago

Save this old house in Chicago

As a long time fan of the “Prairie” school of architecture, photos of old houses built using the style tend to catch my eye and I usually find myself taking time to read the accompanying article. In this case, I almost wish I hadn’t as there is obviously a problem: either I’m not understanding the article correctly or a few of the statements in the piece must be a bit jumbled. I’d like to think that there’s no way what I’m taking away from the article is accurate.

Old house in North Shore to be demolished 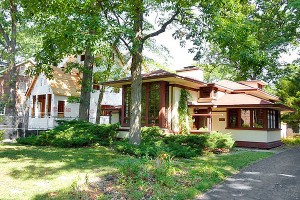 North Shore home to be demolished -- photo courtesy of chicagomag.com

According to the article, a developer purchased two adjacent lots in North Shore for $800,000 with the intention of putting a new structure on them. Both of the lots contained homes of which one has already been purchased and moved away from the site. That leaves the home in question, a cottage that has links to Frank Lloyd Wright and two other prominent architects of his era.

The developer has placed a $599,000 price tag on the old house that requires the new purchaser to remove the structure from the lot. While I don’t claim to be a real estate appraiser, from the photo of the exterior and the home’s history, that seems to be a fair price. However, the part that I’m either reading incorrectly or is somewhat confusing in the article is that if the developer doesn’t get their asking price, the home will be demolished in August so new construction can begin.

Surely that can’t be true — is it possible that with the current condition of the real estate market, even in the upscale Lake Shore area of Chicago, that the developer would tear down a beautiful historic old home simply because they weren’t offered close to the asking price? My hope is that it’s a misprint or simply a ploy by the developer to let preservationists know that the home won’t be sold for a dollar. Hopefully when it comes right down to it, the developer will save the old house by selling it for about the cost of demolition — which shouldn’t be anywhere close to $599,000. 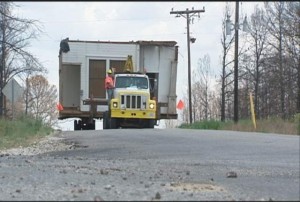 On a brighter note, a Texas homeowner who recently lost his home to a wildfire made the most of the misfortune by making a 100 year old house to his new residence. There were only two little problems: the old house had to be moved 140 miles to his property and he had to convince a bank to lend money for the venture. He wasn’t able to talk any banks into the investment, but fortunately he had some good friends who helped fund the move. Now that the old house is in place, he hopes to get a mortgage on the home and property so he can repay his backers — here’s hoping we’ll finally read a good story about a bank.