Selective restoration: Does it make sense?

When it comes to old house renovation, the answer to the simple question of whether a house can be saved often turns out to be not so simple after all.

What many town residents might see as an eyesore can be seen as a viable restoration project by someone else. What owners see as dilapidated and ready for the wrecking ball can be seen by a historical society as a building with deep significance that deserves to be saved.

A few weeks ago I wrote about the gorgeous stone house featured in the movie Marley and Me. When the Ennis family bought that house in 1996, much of the home had fallen into serious disrepair–some of the floors had collapsed into the basement and much of the home was unlivable. But through several years of restoration, the home was not only gorgeous again, but sturdy enough to face another century. 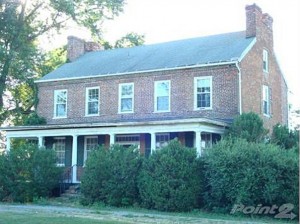 Example of a Greek Revival Home, circa 1860. Image credit: OldHouseDreams.

An 1860 historic home in Rowley, Massachusetts seems to have the same kind of problems. Much of the debate between the town’s historical society and the owner of the property stems from which report on the home is accurate. Is it the owner, who claims that the cost of restoring the home will exceed the cost of building a new home from scratch? Or is it the restoration expert who points to the roof’s “amazingly straight” ridge or the lack of sill rot that would indicate the walls are about to cave in?

Sometimes compromise is possible. In this case, the historical society has set forth the idea of partial demolition. It’s rare, but in some homes, it works like a charm. The front facade and detailing, two side walls and the porches would be saved, while the rear of the home would be demolished. The plan would allow for a new home to be built while keeping the most important historical elements of the original home intact.

However, the expenses would add up, and the owner couldn’t use the land to create the 1,800 square foot modern home he envisions.

Some purists could argue that demolishing part of the house and allowing for the interior to created from scratch–in effect, a modern house with a historical facade–would simply be keeping up appearances in the neighborhood, but not actually preserving an old house treasure. On the other hand, is saving part of an old house better than losing all of it?

Perhaps the answer to that question comes down to how long the structure has been standing and exactly what happened within those walls to make it noteworthy. In this case, a home was built on the site in the mid-17th century, and a century later the home frequently played host to John Adams. In 1860, the old house was torn down and promptly rebuilt. The home has over 20 windows and two chimneys, making it very unique. In fact, it is the only two-family Greek Revival house in the historic district. That makes it a one-of-a-kind piece of the town’s architectural history.

But are those reasons enough? That’s what the town will have to decide over the next few weeks.