The Cape Cod: An American Original

Several months ago I touched on several of the old house architectural styles that have developed a devoted following who chronicle their restoration efforts on informative and interesting blogs. There are restoration blogs about bungalows, American Four Square homes, and Victorians, but there was an extremely popular old house style I overlooked and it surprised me as it’s one of my favorites; the Cape Cod. 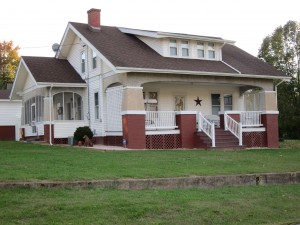 The Cape Cod was first built by English colonists who liked its simple design, the fact that it was easy to heat and maintain, and its ideal size for a small family. The original Cape Cods were usually one story with a steep roof and plain exteriors sided with wood siding or shingles. Eventually they were built with a second floor, but due to the steep roof pitch the upstairs rooms often had a partially sloped ceiling at the front and rear. Small or large roof dormers were sometimes added so that windows could be installed for additional light and later homes usually had porches across the front with an extended roof above.

The same qualities that the colonists liked about the Cape Cod made it popular with young families during the early to mid 1900s and many new Cape Cods were built during this time period. I lived briefly in a Cape Cod during the mid 60s when my family first moved to Virginia and my very first home purchase was almost a Cape Cod. Every Cape Cod I have been in has had a somewhat similar floor plan; a dining and living room running the length of the home with a kitchen across the back and two bedrooms and a bath on the top floor. Sometimes the living room and kitchen are cut short and there is a third bedroom or study in that area. 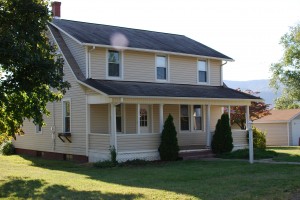 The Cape Cod is a great old house to own and there are some very good restoration blogs to read such as one about a 1939 Cape Cod, a 1946 Cape Cod in Silver Spring Maryland, and a Cape Cod in Cincinnati. Whether you’re considering buying and restoring a bungalow, a Victorian, a Cape Cod, or an American Four Square home, there should be plenty of good resources to assist you.

I want to remind everyone about the old house ghost story blog contest that is currently underway on OldHouseWeb.com; it’s a great way to share your ghost story or stories and possibly win a gift card. I wish I had one to write about, but while I’ve had lots and lots of strange and scary stuff happen to me during my lifetime, none of it has involved ghosts in old houses.