I really dislike reading articles about old houses being lost in the name of progress. It could be due to the fact that I was involved in the demolition of two houses many years ago. I can still remember watching the bulldozers turn the homes into piles of rubble within a matter of minutes. The first was a 1950s era house that had the misfortune of being located on five acres of very pricey property in Great Falls, Va. The owner planned on building a three million dollar house on each of the five acres, but after the home went down the market plunged and the project was put on hold. That was 20 years ago and I assume there are now five families living where that one old house once stood and no one even remembers it was there. 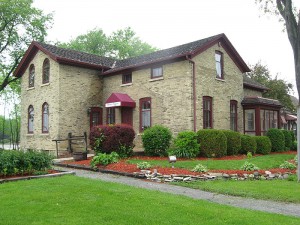 The second stood adjacent to a real estate office that wanted to expand and I was unable to convince the owner of the business to incorporate the old house into the new plans or have someone move it. It seemed like such a waste to watch it come down. That’s one of the reasons I can really appreciate the extra effort some developers put into saving an old house and including it in the new plans. I’ve been involved in development and drawing up site plans and know it’s much easier to start with a clean slate than trying to match new with the old.

Old houses are worth the extra effort

A developer in Wisconsin volunteered to change his plans and put some effort into saving an 1864 farmhouse that could have easily been torn down. I can’t help but think the good will and publicity he created with his gesture will help his project. I recently read about two old houses in the mid-west that might be lost to progress and in both cases they are coming down so public parks can be built. Maybe it’s just me, but it seems like an old house turned into some sort of local museum or art gallery would be great for a public park. I would think that with a little extra effort and some fund raising the local jurisdictions could make it happen. 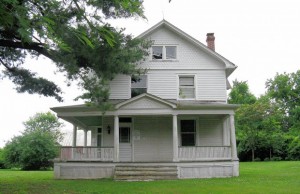 The old house in Glen Carbon, Il. has received a temporary stay of execution while options are discussed, but the old house in a suburb of St Louis seems to be out of appeals. I realize you can’t tell much from an exterior picture, but the estimate of $400,000 to restore the home seems a bit steep to me. I’m sure the residential construction industry in St Louis is in the same shape as the rest of the country and with a few competitive bids from local contractors, the home could be restored for much less if someone made the extra effort.