The housing market: is 2012 the rebound year?

By: Conrad Neuf , Contributing Writer
In: Old House Musings, In The News
0
Comments

I have written posts discussing my annual housing market predictions for the past two years. Unfortunately, they were pretty much spot-on. I felt that as long as high unemployment existed and many of the people lucky enough to have a job were worried about cutbacks, home sales would continue to languish. Of course, all the foreclosures hitting the market and dropping home values didn’t help much either.

But what about 2012, are there any indications that this may be the year of the housing market rebound? The answer is a resounding maybe, but probably not. On the bright side — it does look like this year could be better than 2011 for home sales. However, that’s not saying much as numbers are saying that 2011 was the worst year on record for the real estate industry. 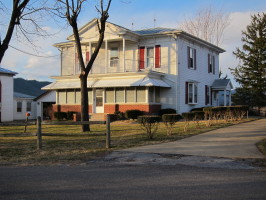 So are there any bright spots on the horizon — anything that might make a potential home buyer feel good about 2012? Well for one thing, interest rates are still unbelievably low. There were indications last year that they may begin to rise, but other than a few fluctuations that hasn’t been the case. The National Association of Home Builders/Wells Fargo builder sentiment index also rose in January. The numbers indicate that the nation’s builders are becoming a little more optimistic about the immediate future of their industry. The index is now at a 25 which is the highest it has measured since June 2007. While anything under a 50 is considered a negative outlook, at least we’re seeing some improvement. 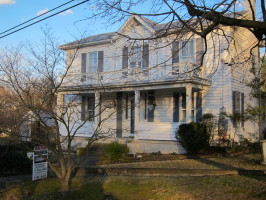 Still waiting for a buyer after 3 years on the market

Unfortunately, the good news continues to be weighed down by the bad. While interest rates are low, an article on CNBC reports that tough credit requirements are preventing many potential homebuyers from taking advantage. The big problem for many young families is coming up with the down payments that are necessary to qualify for a loan. Housing values that continue to drop aren’t helping matters. An ABC News report states that the S&P/Case-Shiller 20 city index showed a drop of 3.7 percent through November from the previous year.

So what does all this mean to the average person hoping to buy or sell a house in 2012? Well, if you have good credit, money for a down payment, and plan to live in the house for a few years, there may never be a better time to buy. An old house in my neighborhood that had been on the market for over two years recently sold to a young couple who plan to renovate. The home was originally listed for over $160,000 and they got it for under $120,000.