Toilets that turn poop into hydrogen: “Oh, the humanity!!”

Ever since humans decided that a hut and a veg garden were preferable to nomadic hunting and gathering, we’ve struggled with a problem we have yet to solve - where do we put the poop?

We’ve tried burying, diluting, burning, dumping, piling and flushing.  The flush toilet was invented in 1775.  Ever since the Summer of 1858 when the “Great Stink” sent the stench of of untreated human waste into the chambers of the convened British Parliament, we’ve relied on an elaborate system of fresh water, flush toilets, drain pipes, sewer lines, pumps and concentrated sewage treatment plants many miles from where we ‘dropped the kids off at the pool’. 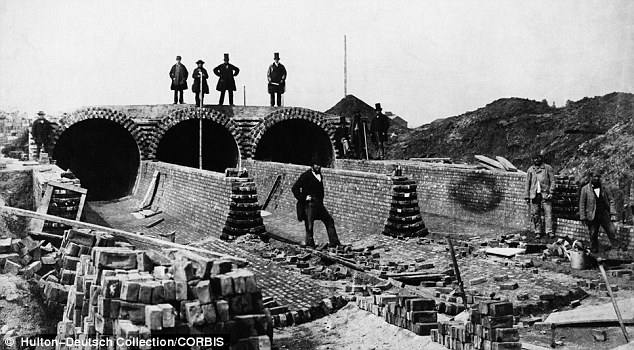 The first flush toilets arrived in 1775. After decades of discharge into the River Thames resulted in the Great Stink of 1858, London created the protoype for today's complex, costly and energy and water intensive sewage systems.

The system is shockingly expensive in terms of water, energy, and dollars.  It is the second largest energy cost for most municipalities.  Rather than becoming nutrients for soil, our poop is centralized where it becomes a pollutant and a greenhouse gas contributor.  Each time we feed the sewer gators we turn several gallons of fresh drinking water into hazardous waste.  Only the West can afford such an extravagantly silly system.

In agrarian China it was once considered rude for a dinner guest to leave without returning a deposit of nutrients after the meal - after all, the host nourished you from their land.  So, in return you were expected to nourish their land - otherwise you were just stealing.

The fundamental design of the toilet and the sewage infrastructure haven’t changed much since the Dukes of Dookie cleaned up the Thames.  But, with 7 billion people on the planet and 2.6 billion with no access to toilets, somethings got to give.

The Bill and Melinda Gates Foundation recognized that with 40% of humanity having no sanitary place to drop an anchor, we have two choices: reinvent the toilet or end up with a big pile of . . . problems.  Gates believes that we can turn “crap into valuable resources” (insert Windows joke here).  He challenged the best minds in the world to get their sh*t together by offering $400,000 in prizes for a toilet that could eliminate the health hazards of doody, recycle waste and turn poop into clean-burning fuel, fertilizer or even fresh water.

California Institute of Technology won first prize with a solar powered toilet that generates hydrogen and electricity (they can now brag that they are #1 in #2).  If you imagine a flaming toilet-shaped Hindenberg, have no fear.  Caltech’s design uses a solar panel to provide the energy for an electrochemical reactor, which breaks down water and waste into fertilizer and hydrogen.  The hydrogen can then be stored in fuel cells as energy.  The treated water can then be reused to flush the toilet or for irrigation purposes.

If the electrochemical reactor fails, just jiggle the handle.

Check out this video explaining how Caltech’s toilet works.

Matt Grocoff, Esq. LEED-GA has been honored with the 2012 Michigan Green Leader Award and is founder of Thrive - Net Zero Energy Consulting Collaborative, host of Greenovation.TV, a contributor to The Environment Report on Public Radio, the green renovation expert for Old House Web, and a sought after lecturer. His home is America’s oldest net-zero energy home and was called “Sustainable Perfection” by The Atlantic, and honored as one of USA Today’s seven “Best Green Homes of 2010″ and Preservation Project of the Year.  He has been featured in hundreds of publications and news shows.  Join him on Google+, Twitter and Facebook