Waiting for the Sears catalog

When I was very young, two events marked the official beginning of the holiday season in my mind.  The first was the Macy’s Thanksgiving Parade which featured Santa’s initial public appearance of the season and the second was the arrival of the Sears Christmas Catalog.  I would spend countless hours flipping through the pages while I made my wish list.  As I got older and my priorities changed, I looked forward to the Sears tool catalog showing up in the mailbox. I’d like to say that as I matured I no longer made wish lists, but unfortunately that wasn’t the case.  The catalog always seemed to be full of tools I just had to have for working on my motorcycles and cars. 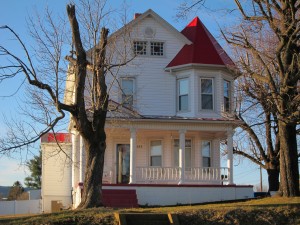 People waited for another type of Sears catalog from 1908 until 1940.  Its pages contained possibilities for achieving the American dream.  The Sears Book of Modern Homes and Building Plans listed house kits of all shapes and sizes and had drawings of each one.  The kits had a guarantee of arriving with all the parts needed to build the home in the picture. There were even instructions for where every nail should be placed.  The homes ranged from the top of the line Honor Bilt models to the Simplex Sectionals that were only several rooms.

Sears offered 447 different styles of homes during the 32 years the program was in place and is estimated to have shipped between 70,000 and 75,000 of the kits. Rosemary Thornton, a recognized expert on Sears kit homes, estimates that as many as 50 percent of the homes were built by the owners thanks to the detailed instructions that arrived with each package.  If you wanted to upgrade your home kit, you could add heating, electricity, and indoor plumbing. 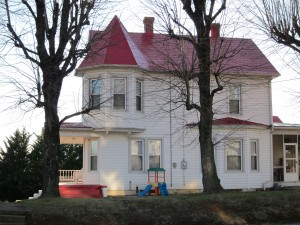 Ordered from a catalog?

I was surprised to discover I might have an old Sears home in my neighborhood.  The neighbors around the old house state that it is and it sure looks like one of the pictures in the catalog. Ms. Thornton offers methods for determining if an old house is built from a Sears kit, but I doubt that I’ll ever have the opportunity on this home.  The old house appears to be a Maytown model from the 1908 to 1914 period.  The kit sold for $753 without the utility upgrades and Sears estimated you could build the home on your lot for a total of $1,573.  If you added the upgrades, you might have as much as $2,038 in the house.

I have been around home building for many years.  As a builder I find it absolutely incredible that Sears was able to gather all the components needed to construct the Maytown and ship them as a kit way back then.  Many modern home manufacturers can’t get it right today with much smaller houses.  Sears was able to do it with 447 different styles during a period that lacked many of the technologies home manufacturers enjoy now.

There is no doubt in my mind that from 1908 to 1940 many families eagerly awaited the Sears catalog and spent hours flipping through the pages after it arrived.  Over 70,000 of those families had their wishes come true.