There seems to be no end in sight for the mess the housing market has become; in fact I’m not even sure it can still be called a housing market. The September sales numbers for previously lived in homes should be out in the next several days and it will be interesting to see where they’ve gone since August. The numbers for August were a little better than July’s numbers making it the second worst sales month in 15 years; July was the worst. 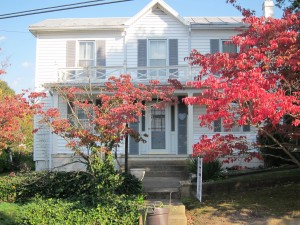 In Need of a Family

As I’ve mentioned before, I worked in the housing construction and sales market for almost 30 years so watching what’s happened to it the last 5 years is like watching a pampered and treasured car get used in a demolition derby.

Rates for 30 year mortgages are now at 4.19 percent and yet I still see many old houses in my neighborhood sitting empty. Two of the old houses are beautifully restored and have been on the market for at least two years. Both homes are on large lots and one of them has several outbuildings including a detached garage; I have seen New Price signs on the realtor placard at least a couple of times, but I don’t think I have ever seen a family looking at the homes.

I’ll be the first to say that lenders needed to tighten up their standards from the anything goes days of 2000-2006, but all these empty old houses are a pretty good indication that things have gone too far in the opposite direction. I have no idea what the prices on these two houses are, but there is another old house up the street that has also been restored, although it isn’t quite as nice and it’s listed at $155,000. 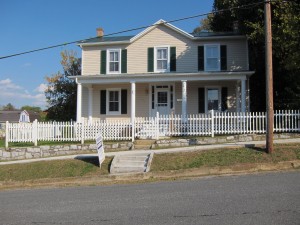 In Need of a Family Part II

The home which has been empty for about a year is a Victorian built in 1910 with new interior and exterior paint and a new kitchen. If someone put down $20,000 on the full asking price, their monthly payments without taxes and insurance could be $659.39 per month for 30 years at 4.19 percent which is less than many people pay for rent. I’m sure there are empty old houses like these all over the country; it’s a shame people aren’t able to take advantage of the great rates and deals of this housing market.

I want to remind everyone that Halloween is the end of next week so get your Old House Ghost Stories in for the contest and qualify for the chance to win a gift card. If you haven’t entered because you don’t know what you’d do with a gift card, send it to me when you win and I’ll put it to good use.