One of OldHouseWeb.com’s regular readers asked me the other day what defined an old house. She’s currently renting an apartment, but with the low interest rates and abundance of good house deals, she’s considering older homes as one of her purchase options. Even though I’ve been around old houses most of my life and write blog posts on related matters twice a week, I had to take a few moments to consider an answer to that question. 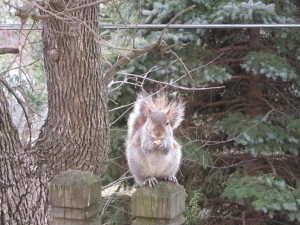 In the past I have written about what makes an old house historic, but what requirements does a house have to meet to be considered old? I know there are probably some purists out there who would say that if it was built later than the 1700s, it’s not an old house. Another group might be willing to concede the 1800s, but not a day into the 1900s. Someone in Europe might say only homes built before 1400 could be  considered old.

My own opinion is that there isn’t a right answer to the question. Defining when a house can be considered to be old is like defining beauty…it’s all in the eyes of the beholder. Personally, I think even homes built during the 1950s and 1960s can be considered old. I believe the line of separation between old and new is when the national homebuilders came into prominence, and that took place at different times across the country. While Levittown was being built during the late ’40s and early ’50s in New York, small builders were still constructing homes with individuality and character in other areas. Unfortunately, those small builders quickly became a minority as the large national builders took over the industry. Cutting costs, rather than providing quality and craftsmanship, became a priority. In my mind that’s the point in time when houses started becoming new. 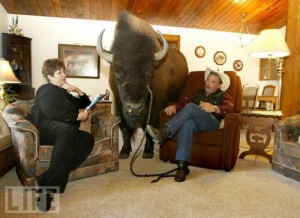 It could be worse--photo from 1.bp.blogspot.com

I haven’t been able to use my chimney this winter due to some sort of blockage in the flue. My plan was to get on the roof to figure out the problem as soon as warm weather arrived.  As it turned out, I didn’t even have to set up a ladder to find out. You know, I wrote recently about how stink bugs are attracted to old houses, but evidently squirrels find them irresistible, too, especially the chimneys.

I had a chance in the last several days to get a good look at the critters, too, as a large one-eyed squirrel climbed a big tree next to my home and made the leap across to my roof. I’ve also heard the scratching of little squirrel feet running up my tin roof to the peak where the chimney exits the home, then silence. I have no idea why a squirrel would make a nest in my chimney when there are so many nice trees in the neighborhood, but I guess I have a house guest until I manage to get him and the nest removed humanely. Things could always be worse — I could have a bison for a house guest!