The interior of this late 19th-century Gothic-Revival style house hadsurvived with a remarkable degree of integrity. Doors and their surrounds, window sash andtrim, stair balusters, parquet flooring, baseboards and floor moldings, mantels, built-incabinetry (bookcases in the living room and clothes cupboards in the bedrooms, adecorative transom screen, and original wood curtain rods) were all intact. Together, theinterior features and the way they were finished contributed to the distinctive characterof the house, and were typical of Victorian Gothic house interiors of the period. 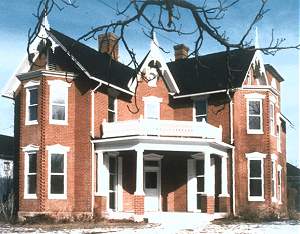 The rehabilitation of the house for continued use as a single-family residenceconsisted primarily of work to update the kitchen and bathrooms, mechanical systems andutilities, and included some cosmetic refurbishing of the interior. In an effort to"brighten up" the historic interior and make it more compatible withcontemporary life-styles, all the previously unpainted wood trim was painted white.Because the existing interior trim, with its unpainted natural-colored finish, was such animportant feature, painting it white resulted in a dramatic change to the historiccharacter of the house. The woodwork--and its typical tone and grain--had also underscoredthe sense of time and place associated with the historic district. Changing its appearancesubstantially altered the character of this virtually intact late 19th-century house, and,as a result, the work failed to meet Standards 2 and 5. 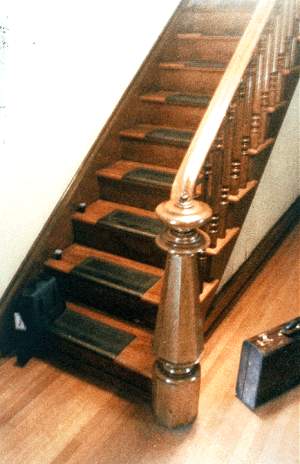 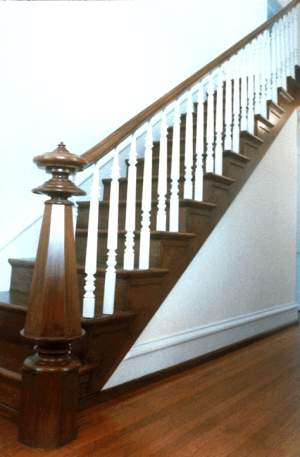 Interior features are important in determining the overall character ofhistoric buildings. This includes the architectural and decorative features themselves, aswell as the manner in which they are finished. Applying paint to traditionally unpaintedinterior surfaces can change a building's historic character as quickly as removing paintfrom traditionally painted surfaces. Either approach does not meet Standards 2 and 5 ofthe Secretary of the Interior's Standards for Rehabilitation.