This modest Gothic Revival church building, featuring twelve distinctive stained glasswindows, buttresses, and a gable roof, was built in 1858. It survived into the late 20thcentury virtually intact. The interior is further defined by its tray ceiling and windows,a choir loft, and, in particular, by the openness of its large space. In summary, thispublic interior space conveys the primary ecclesiastical purpose for which the church wasbuilt. 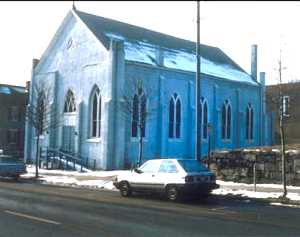 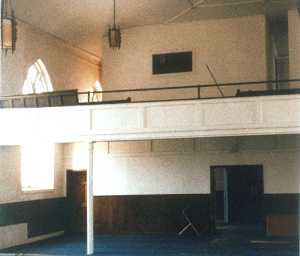 In the rehabilitation of the church for offices and apartments, eight of the stainedglass windows were removed, reconfigured, and replaced with clear glass. The large openinterior space, an integral component of the historic character of the church, wassubdivided by inserting a full second floor. Removing the stained glass windows furtherchanged the historic appearance (although some of the stained glass windows were retained,the new floor cut them in two visually, compromising their size and proportion on theinterior).

Finally, demolition of the choir loft, which was integral to the historicfunction of the sanctuary, further diminished the church's historic character. Because ofthe cumulative effect of the work, the sense of time and place associated with the churchand its historic function was lost and, thus, Standards 2 and 5 were not met. 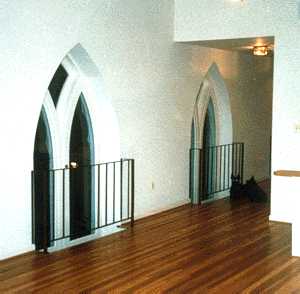 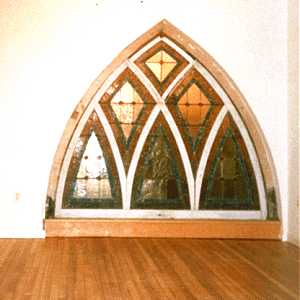 Top: Interior spacesubdivided. Above: Half a window after rehab.

Rehabilitating historic buildings should always involve the carefulpreservation of significant interior spaces, features, and finishes in the process ofmaking those changes necssary for a compatible new use. In historic churches, this oftenincludes features, such as stained glass windows, choir lofts, altars, and large openspaces. Alterations that are so extreme that they cause the loss of significant openspaces, or result in the removal of distinctive features and finishes would not meetStandards 2 and 5. Although this particular approach was not successful, some subdivisionmay have been possible if a sense of the interior space and volume had been retained.