My brother said that I might have vermiculite insulation in my attic and that I should get it tested for asbestos. If it does (contain asbestos), could this be a problem that I have to disclose when we sell the home?

Vermiculite is a mica-like mineral that puffs up like popcorn when heated. It's a common thermal insulation material found in attics of homes. I usually see it partially filling the cavities between ceiling joists to a depth of between 2 and 4 inches. Much of it installed between 1923 and 1990 could be contaminated with asbestos.

Vermiculite is a "loose fill" insulation that looks like a mixture of small grade gravel nuggets, but is soft when squeezed, just like popcorn. The pieces can be a mix of gray, light brown, dark-brown, silver, or gold. 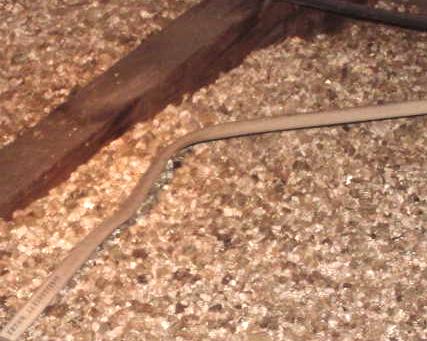 About 80% of all vermiculite produced before 1990 was from a mine near Libby, Montana. Unfortunately, that same mine also contained a significant amount of asbestos. The Zonolite Company produced the vermiculite until it was purchased by WR Grace & Co in 1963. I occasionally find full bags left in attics labeled "Zonolite Brand Insulating Fill." In addition to being marketed for thermal building insulation, vermiculite has been used in packing material and potting soil. 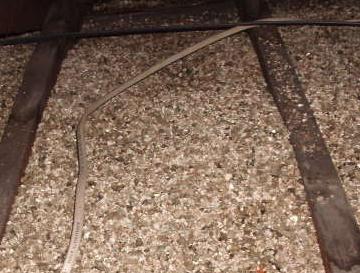 When I discover vermiculite during an inspection, I don't recommend having it tested for asbestos fibers. According to the EPA and CDC, limitations in current testing methods might not accurately determine if any vermiculite sample contains asbestos. The professional care and consistency of where and how many samples were collected can also affect the accuracy of test results.

If you have vermiculite in your attic (that was installed before 1990):

State laws typically assert what needs to be disclosed when selling a home. In my state, a standard disclosure form is often used that specifically asks if you are aware of any hazardous substances, including asbestos. Whether required or not, I think it would be best to disclose anything that could possibly be a health concern to future occupants.

For more detailed information on asbestos in the home and its health risks, please visit: http://www.epa.gov/asbestos/index.html.